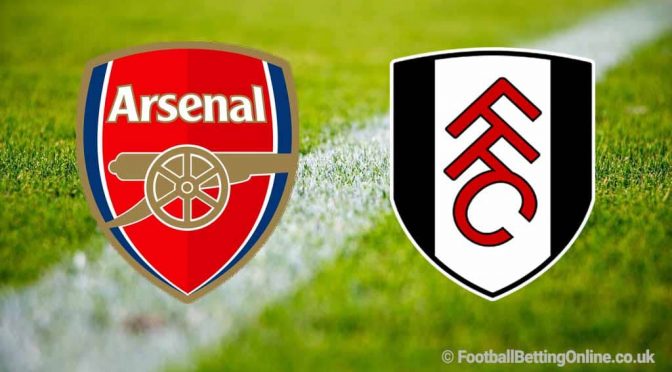 It’s fair to say that both teams haven’t had the best of seasons. Fulham are in real danger of heading down to the Championship, while Arsenal look to have missed out on any European place.

Disappointing is the word that should be used to describe Arsenal this season. Mikel Arteta has now been in charge of more than 50 games for Arsenal, and his win record during that time isn’t impressive with only 51%. There are players that he’s gotten rid of during his time that had to go, but it looks as though there are still players at the club that aren’t giving it everything.

Arsenal are a talented side, there’s no doubt about that, but it has been the big names of the club that have let them down this season. Aubameyang is likely the main one. The captain had a terrific 19/20 season, and he was rewarded with a new contract, but he hasn’t earned that this season. He’s been a player that at times hasn’t looked interested, and also has been left out of the squad quite a few times.

The players that have impressed are the youngsters. Emile Smith-Rowe and Bukayo Saka have been outstanding for the club and they deserve to start over a lot of the players that have cost an awful lot of money. Kieran Tierney is the only player that has proven his worth since he signed, while other recent signings haven’t looked interested enough. A win at Sheff Utd last weekend was all well and good, but the season is gone for the Gunners at least in terms of the league, and Arteta has a busy off season ahead of him.

A win against Fulham will most likely send Fulham down, and it’s possible, but given that it’s Arsenal, you never quite know.

Fulham won’t fear Arsenal coming into this one, because they’re fighting for their lives. This is why Fulham could snatch a win here. They’ll be up for the fight more than a lot of the Arsenal players, who look uninterested. B

Back-to-back losses have made it even tougher than it already was for Fulham to survive, and it looks as though they might be heading down as Newcastle above them have had a couple of good results recently. Even if they pick up a few wins in their last remaining games, it still may not be enough as they’re 6 points off safety and games are running out for the club.

They were disappointing last weekend against a Wolves team low in confidence, and they didn’t really get going nor deserve to get anything from the game. A trip to the Emirates will be more welcome than others at this stage, and Arsenal are a team that currently, you can get at them. They’re beatable, by anyone.

It wouldn’t be that surprising if Fulham do get a result, but then if Arsenal do show up and play football how we know they can, it could be a long day for Fulham. A loss here would likely send Fulham down unless results around the league go their way, but as teams around them do have tough fixtures, a positive result here could give Fulham a chance to gain some momentum as we near the end of the EPL season.