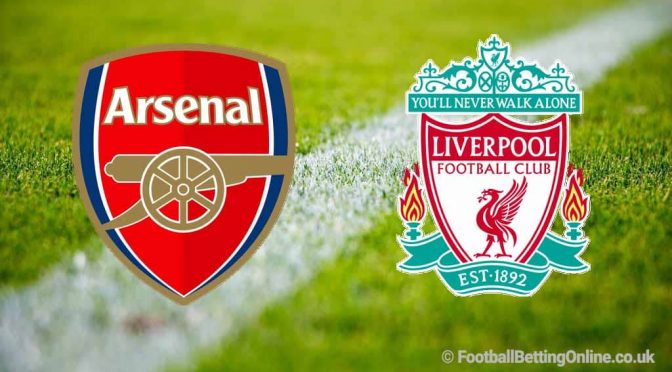 The first game back after International’s can sometimes prove tricky for some Premier League teams. Players could be fatigued, or travel can be an issue, so it will be interesting to see who is up for it in this one. A huge game for both sides who are still chasing European places.

The Gunners’ fought back spectacularly from 3-0 down in their last match, to earn a point away to West Ham. Arsenal are in a strange place at the minute, sitting 10th in the league, and 7 points away from 5th, but they are a side that can play well when they want to.

They should come into this one with a lot of confidence, and rightly so given Liverpool’s form in recent months. 4 points separate the sides, and with 9 games to go it will be an interesting run-in if Arsenal can pick up all 3 points here. European places have looked unlikely to be achieved for some time, but it could help Arsenal without an added pressure to perform while teams above could struggle and falter.

They have world class quality in a lot of areas of their team, but they still lack fight, especially in games that they should be winning comfortably. Teams haven’t feared playing Arsenal for a long time now, but Arteta is putting his own stamp on the team and things are improving, albeit slowly.

It’ll be a long process at the Emirates that if Arteta is continually backed, it will show in the end that he has what it takes to take this club back to where it once was. A must win for Arsenal here if they are to even have an outside chance of a European spot.

Liverpool are tough to figure out. It’s hard to put a reason on where or why it has gone wrong. Sure, injuries to key players haven’t helped, but that isn’t the only reason for these performances and results. They have had an unsettled centre back pairing for the large majority of the season, but still managed to perform well and how we expect of them.

They were once sitting top of the league looking unbeatable, but then it slowly fell apart and now they sit 7th. Yes, the league is long gone but there’s still a lot of important games that need to be won if they are to have a chance of getting a Champions League place.

On current form it doesn’t look likely with teams above performing exceptionally well, but they do have the squad capable of performing in every game from now until the end of the season and players that can win games on their own. Should they fail to grab a spot, it will be interesting what happens to the side along with Klopp.

The manager has been fantastic until now at Liverpool, but the players aren’t performing as well as they should be. Anfield was their fortress not too long ago, but now an away match seems to be more welcomed as they’ve found better form away to teams, which, without fans, has been the case for many teams.

This is a game that Liverpool will fancy to win, and it’d be a huge 3 points earned to put pressure on teams above.