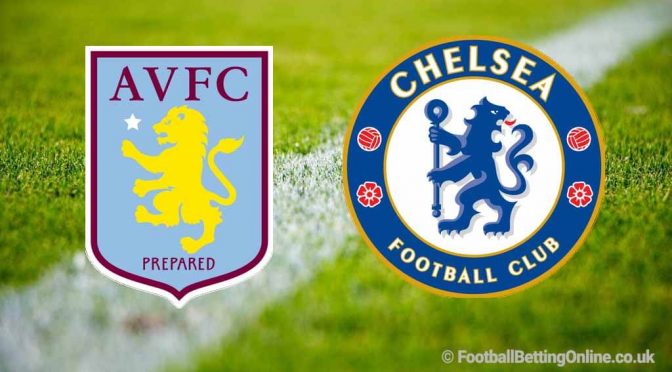 As we enter the business end of the season, it’s the games that have implications at both ends of the table that are the ones to watch out for. This is exactly that.

Under normal circumstances, Aston Villa would welcome Chelsea to a rowdy Villa Park in front of the Super Sunday cameras and a packed Holte End, looking to use all of these factors to cause an upset in their bid for Premier League survival. For obvious reasons, the playing field has been levelled but that doesn’t mean that Dean Smith’s men can’t spring a shock against Frank Lampard’s inconsistent Blues.

The majority of the weight of Villa’s survival bid has been placed on the young shoulders of captain Jack Grealish. He will, therefore, be relieved to see the return of the quality of John McGinn who has been missing for several months through injury. He has been sorely missed in the Villa engine room and his return will be crucial if Smith’s boys are to pull off an escape from trouble.

As for Chelsea, they have their own troubles in the form of contracts. Pedro looks to have followed the Ryan Fraser example of refusing a short team deal in order to focus on a move elsewhere rather than playing out the rest of the season. Meanwhile, fellow experienced campaigner Willian is also stalling over putting pen to paper, meaning Chelsea may find themselves short on wingers until the impending arrivals of Hakim Ziyech and Timo Werner next season.

Christian Pulisic, Mason Mount and Callum Hudson-Odoi look likely to fight over the two wide positions but an injury to any of them (especially considering the former and the latter are coming back from injury lay-offs) could leave the Blues woefully short of those who have been instrumental in supplying the ammo for the prolific Tammy Abraham.

This fixture is one of those old Premier League classics and I’d like to think goals are on the horizon. Tammy Abraham to score any time against the former employers who helped to elevate him in his career would be a worthwhile punt as that’s just how football seems to work.

Both teams to score should also be a smart play due to the defensive woes that both sides have encounter at various points of the season. If pushed to predict a winner for this one, it has to be Chelsea. Despite the return of McGinn and the form of Grealish, Villa look to be in real trouble.