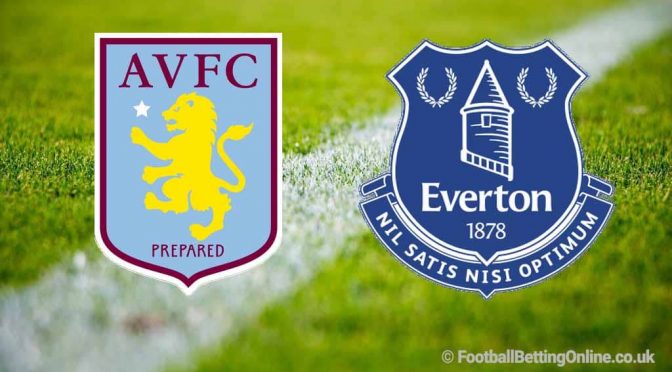 Aston Villa are likely to just finish mid table now but they could spoil Everton’s European hopes with a result here. Everton’s fantastic 1-0 away win at West Ham United has given them every chance of reaching the Europa League positions.

After going 1-0 up against Manchester United in their last outing, Aston Villa were comfortably beaten 3-1. Man Utd’s second half performance showed a lot of quality and it was never in doubt when United’s first goal went in.

Aston Villa’s game in hand here over a lot of other teams in the league can put them back above Leeds with a win, but with not much else to play for. The team has staggered with only 1 win in their last 5 games, which coincidentally was against Everton, should give them some hope here.

Everton are fighting to finish in a European place in the league, and Villa can ruin that with a good result. It’ll be tough to get all 3 points, but definitely doable again. They proved it at the start of May when these sides met at Goodison Park and with the reverse fixture coming just 10 days later, the defeat will still be very fresh in the minds of the Everton players.

It should be another competitive game with both sides likely creating a lot of chances as the quality up top for either side is where they shine. Jack Grealish continues to be a huge miss for the team and he’ll miss the game here also, but they still have a lot of talented players with great quality across the pitch capable of causing problems.

It’ll be a close game that could go either way.

Everton’s European hopes took a great leap after their narrow 1-0 win against West Ham United. They also saw Tottenham fail to win at Leeds which should spur this team on now. The team is capable of reaching the European places and it’s well in sight of them.

With their game in hand here, Everton can go joint 5th with West Ham should they win. They’ll want to right the wrong quickly of losing to Aston Villa at the start of May and they should be giving everything as it’s a must win for the club.

Dominic Calvert-Lewin was the difference maker again against West Ham when he slotted home the winner and they’ll be looking for him to be the main man here. Everton have a team that is littered with talent in every position and the minimum should be Europe this season for the club who have invested in top class players and a world class manager.

3 points are a must for The Toffees but Aston Villa aren’t easy. Of course no game is easy, but Villa have already shown that they’re capable of beating Everton and the away side will have to be at it from the get go against a Villa side that has a lot of energy.

Pressure is on Everton to perform and they have to head home with all 3 points, nothing less.