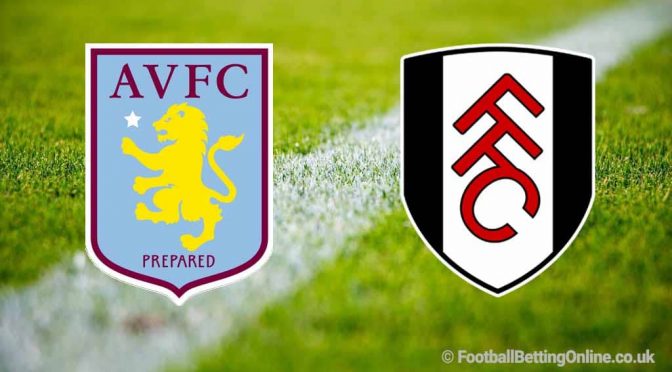 Fulham travel to Villa, with the away side still very much in the hunt to escape relegation. Aston Villa have faltered in recent months, falling down the table, while Fulham are breathing down on Newcastle above.

After just surviving relegation last season, Villa were enjoying a successful 2020/21 campaign up until not too long ago. There was even talk of them finishing in a European position, but that quickly slipped away from them, and now they sit mid table. They are a side that is definitely on the up, with talent like Grealish, McGinn, Mings and Watkins who have put in great performances at times this season.

Results haven’t gone their way since Grealish was taken out of the side with injury, so it shows what he means to the squad and the quality he brings. It’s expected he’ll leave in the Summer for a bigger side, but he will no doubt cost a lot should Villa sell him. With only 4 wins in 2021, it hasn’t been a good start to the year for the team and each game is proving to be tough at the minute for Villa.

Fulham’s visit will be no easy test as they are a side fighting for their life, while Villa essentially have nothing to play for but hover around mid table until the end of the season. They will want to stop the rut though, and a win here would end a result of 4 games without a win, with some bad results coming against teams that they should be earning all 3 points.

We know that Dean Smith’s men have the ability to perform better than what they’re currently showing, and they have to start performing again otherwise they could even drop down further.

Scott Parker has turned Fulham’s fortune around quite a bit. They do still sit in a relegation position, but they are a team that is now hard to beat and one that could potentially still survive. Fulham are gaining on teams above them, and this one should be a must win for the side who have lost their last 2 games. 5 wins from 30 isn’t good enough, despite some good performances and results, they are still not winning enough games.

With 11 draws, they must find a way to turn some of those into 3 points otherwise they will likely be heading down. It’s tough for any side coming up to survive in the league, but they’re giving themselves a chance and that is all you can ask for.

Given how they started the season they looked as though they would be this season’s whipping boys, but Parker has shown that he has a bit about him as a manager, and the squad capable of performing better. Striker Alexander Mitrovic has been an outcast at the club in recent weeks, but he has performed well for Serbia during the International break and could potentially be the man to bring goals to the team.

Fulham’s away form has been great recently, and they haven’t been defeated since the start of December so there should be a lot of confidence among the team that 3 points here is possible.