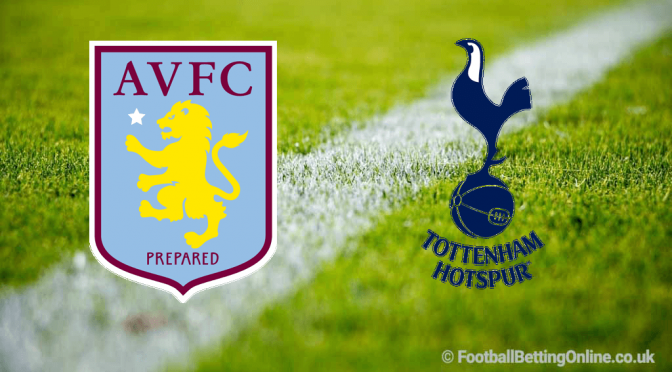 One of the Premier League’s famous old fixtures gets another run out this weekend as Aston Villa host Tottenham Hostpur in a match between two sides looking in opposite directions of the table.

Villa will be hoping that the Holte End can create an atmosphere reminiscent to the one they managed in their last effort against Leicester in the Carabao Cup semi final. In turn, the fans will hope that the excitement of a trip to Wembley can be the catalyst for survival in the Premier League. Their loss at Bournemouth in their last league outing was a damaging one and they now occupy 17th position, just one point away from the trapdoor.

A debut goal for new signing Mbwana Samatta (as tipped in our last betting tip) was the one consolation from that one. They will be relying on him to keep scoring as well as more one man miracles from talisman Jack Grealish in order to survive in the top flight.

Meanwhile, Tottenham arrive fresh from being the latest side to put a large dent in the reigning champions’ already battered title defence. Their 2-0 win over Manchester City sees them four points away from 4th placed Chelsea in 6th and looking the most likely to challenge the Blues for that last Champions League spot.

They can ill afford many more slip ups if they are to mount a serious challenge. This one has potential banana skin written all over it.

This is another incredibly tough one to call but the smart money is on an away win. The suggestion is for plenty of goals in this one too, especially if Tottenham’s defending in the FA cup replay against Southampton last week is anything to go by.