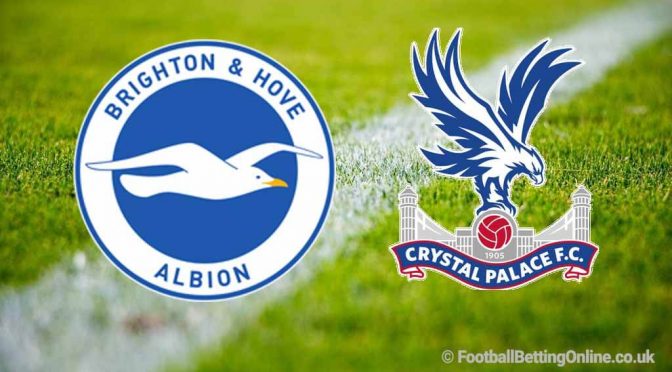 Saturday’s Premier League programme kicks off with what promises to be a fiercely contested derby between Brighton and Crystal Palace. Neither look to be in immediate danger of relegation but neither are completely safe just yet. The home side in particular are still flirting with the drop zone.

Derby matches rarely follow the form books which will be a relief to Brighton. Graham Potter’s side haven’t tasted victory in their last seven Premier League games, a run that extends back to the end of 2019 and has seen them drop to 15th, just four points ahead of Aston Villa in 18th. Dangerously close to the trapdoor.

A win against their biggest rivals would be exactly what is needed for Albion to kick start their campaign again. They will be relatively pleased to escape from an away game at Champions League contenders Sheffield United (yes, really) with a draw last week. As the home team in the derby, the emphasis will be on them to attack Palace.

Meanwhile, Roy Hodgson’s Palace side continue to edge their way to the magical 40 point mark, helped massively by a crucial narrow win over Newcastle United at Selhurst Park last weekend.
Christian Benteke continued to misfire in front of goal while Wilfried Zaha has also struggled to reach his devastating best in recent weeks. Thankfully for them and Palace, left back Patrick Van Aanholt stepped up to convert a stunning free kick to take all three points, giving the Eagles a nine point cushion over the bottom three.

As we said before though, the form book will be thrown out of the window for this one. The safest bet? Yellow cards! It’s always a feisty affair filled with more commitment than quality. If it’s a winner you want to pick out, we think an away win is more likely.