HINT: Aubameyang to score at any time ODDS: 9/8 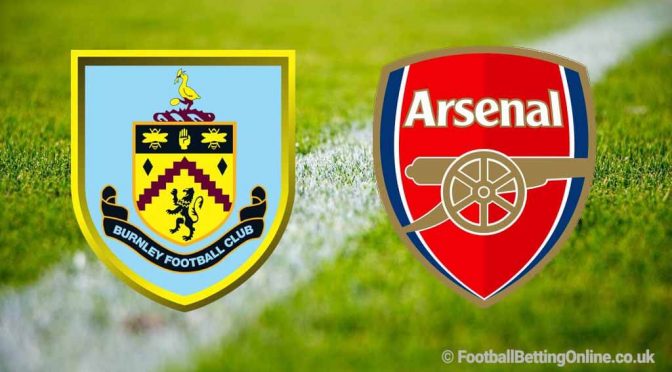 Burnley vs Arsenal appears to be a genuine mid table encounter in today’s Premier League. Sean Dyche’s side have dragged themselves away from trouble with a series of trademark stubborn performances, the latest of which was an impressive 2-0 success at Old Trafford.

The Clarets were definitely in trouble over Christmas but have since dragged themselves out of the mire, despite the continued absence of talisman Ashley Barnes. Chris Wood has led the line superbly while local hero Jay Rodriguez has sprung into life, most notably with that stunning near post drive which flashed past David De Gea last Wednesday.

Meanwhile, we are still waiting for the new manager bounce to really kick in at Arsenal. Mikel Arteta is a very popular man in the red half of London but it’s hard to justify that with managerial results. Character has clearly improved, none more so than in that draw at Chelsea despite being down to ten men, but the wins haven’t materialised. It’s harsh to say that Arsenal are winless in four Premier League games, especially considering they have drawn all four, but brutally it is true.

Another season without Champions League football is all but guaranteed now. A season without any European football at all is also a great possibility. Maybe that will be a blessing in disguise for The Gunners who will look to rebuild next season once more.

Arsenal go into this clash as favourites but no one will be surprised if Burnley turn up on the day and scrap it out to gain all three points. This week signal the return of Arsenal’s main man Pierre-Emerick Aubameyang, a man who simply always scores against Burnley.

Have Arsenal well rested top goalscorer down as the first goalscorer of the day. Burnley to score from a set piece against an Arsenal that still possesses a soft centre is also a good shout.