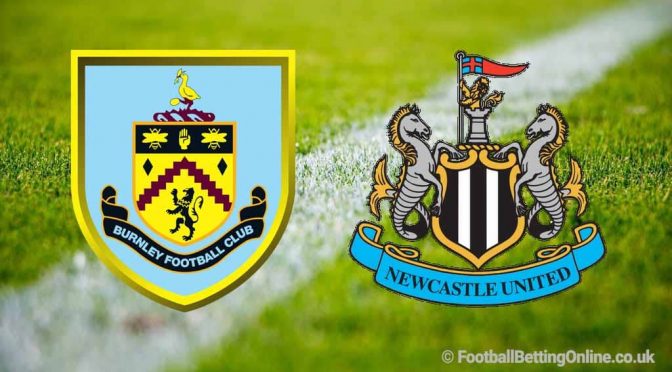 An important fixture near the bottom of the table, as both Burnley and Newcastle United are still within relegation range as we head into the last 8 games of the season.

It looks as though Sean Dyche has taken Burnley as far as they can go. Should they survive here, they certainly haven’t been impressive. It wasn’t too long ago that Burnley reached the Europa League positions, but now they’re being sucked into a relegation battle should they not find some wins quickly.

24 goals scored during the course of the season hasn’t been good enough, and it’s not been pretty football either. Last weekend looked to be going good for Burnley away at Southampton after half an hour, when they found themselves up 2-0, but it was short lived after the Saints started to dominate the game and ended up picking up all 3 points.

Conceding 3 goals when you’re 2-0 up is unacceptable and with Burnley generally being more defensive minded with players of talent in their backline, they’ll be bitterly disappointed. A reaction is needed here, and a win would pull them away from the pack and almost secure their stay for another season.

Burnley aren’t blessed with a lot of money or game changing players, but they have players that fit a style of football that has continually seen them survive in the league and it’s worked.
Dyche has done a fantastic job for the club in helping them retain Premier League status again and again, and he deserves a lot more credit than he gets along with the team that does give it everything each and every season to survive. No change in this one, as survival is within reach and a win would almost secure that here.

Joe Willock scored an important goal against Spurs to earn his side a point. While it wasn’t all 3, the fact that Fulham lost means it was a huge point gained. They’re still in trouble and could still head down as relegation is close by, but they showed resilience against Tottenham and a real fight as they looked the much better side for periods of the game. Newcastle United have the quality in their side that is good enough to be a Premier League team.

They haven’t quite got going this season at all, or ever found a consistency in form, but with the players they have, they should be performing much higher up in the table. With Steve Bruce backed by the club to continue on despite the bad run of results, it hasn’t really changed much. The team still looks as though wins will be hard to come by which could get them into a lot of trouble, but Newcastle can’t possibly head back down to the Championship again.

The club has had years of failing to move on up the table, and given the history and stature of the club, they shouldn’t be anywhere near the relegation zone. There’s still a huge danger that the club could head down, and the last few games coming up will have to see a huge improvement if the side is to survive.

A win against Burnley here would ease the pressure off at least for the time being.