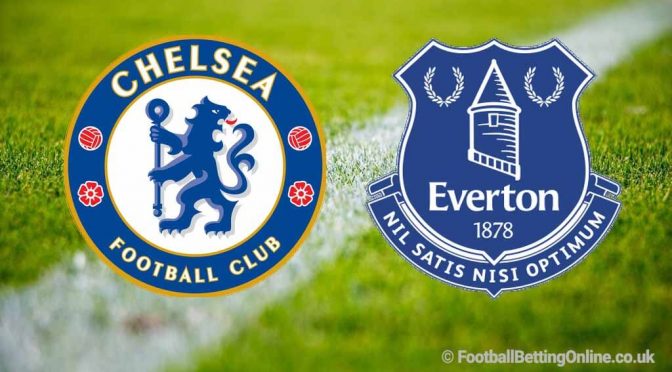 This one has all the ingredients to be a fascinating encounter between two consistently inconsistent teams fighting for their inclusion in next season’s European competitions. It’ll take a brave person to predict the outcome of Chelsea vs Everton this weekend.

Chelsea will have gone into last week’s fixture with Bournemouth expecting to walk away with all three points but left it glad to escape with one under the circumstances. Marcos Alonso was the unlikely hero with a brace.

Things looked much better for Chelsea in midweek as they put in a commanding performance to defeat Premier League champions elect Liverpool. The win came at a cost, however, as Mateo Kovacic and Willian limped out of the action early joining N’golo Kante, Callum Hudson Odoi, possibly Tammy Abraham and the suspended Jorginho in a watching brief for this weekend’s crucial encounter.

As for Everton, they’ll be hoping they have calmed down from what they believe was an unjust last minute VAR decision to deny them the victory over Manchester United last week. The whereabouts of their current and Chelsea’s former boss Carlo Ancelotti for this weekend is as yet unknown but it’s likely he won’t be watching the match from the touchline this weekend.

We can see both teams getting on the score sheet for this one as both have struggled to defend in recent weeks and both look to have a cutting edge in attack, particularly Everton’s in form forward Dominic Calvert Lewin.

As stated previously, it’d be brave to pick a winner but Everton will surely be rubbing their hands together at the prospect of facing Chelsea with their current injury list.