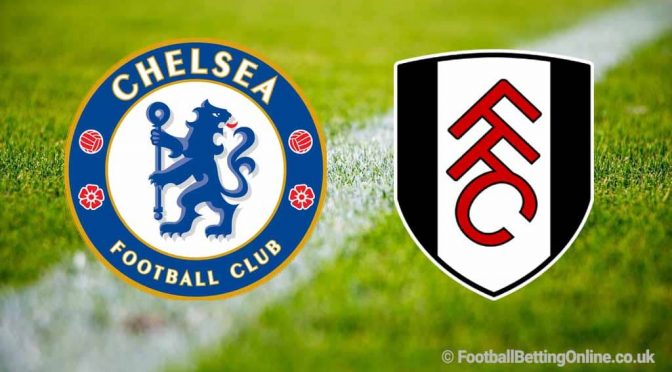 The home side could further cement their Champions League hopes with a win here, while there is still an outside chance that Fulham survive in this all London affair.

Thomas Tuchel is close to proving that Chelsea have made the correct appointment in him, at least at this time. The decision was made in late January and since then, he has completely turned Chelsea’s fortunes around. They’re now on course to end their season in a Champions League place which should be their minimum anyway, but they have improved leaps and bounds since the manager’s arrival.

They’re a team that under Lampard, leaked goals. It has completely changed at that end of the pitch now and it’s rare that Chelsea do concede, even though they conceded 5 not too long ago to West Brom, which was a freak one off game. Attacking wise, Timo Werner finally broke his duck when he hit home the winner against West Ham last weekend which gave his side a vital win.

They’ll be clear favourites here, and they should be all out for the result as they look to cement down their Champions League place for next season, with just 5 games to go including this one. It’ll be hard for Fulham, but Chelsea have shown at times that they are prone to having off nights in front of goal, and the away side will have to hope that will be the case here if they are to land a result.

The lineup will be interesting as Chelsea play this game in between two huge Champions League games against Real Madrid, but they still have more than enough to take all 3 points here against a struggling side.

Fulham are without a win in 5, but they have been extremely unlucky in a few of those fixtures. The team itself can be proud of effort because they certainly haven’t lacked that, but they have switched off near the end of games and it has cost them a lot of points recently.

They’re close to heading down as they sit 7 points from safety, and winning only 5 games in a season hasn’t been anywhere near good enough. Yes they’ve improved over the course of the season, but there’s no easy games in this league, even when you’re playing some of your best stuff. All teams can hurt you if you switch off for a second and that seems to be the case for Fulham.

They haven’t learned from mistakes quick enough and it has cost them as they were looking like a side that could potentially survive with others around them playing poorly. Teams above have picked up huge results when they’ve been called upon, but Fulham haven’t and the drop now looks likely for Scott Parker’s side.

They have a few players that have the ability to show much more, players like Loftus-Cheek and Lookman who have played for big teams and in big games, but they haven’t shown their talent enough in a Fulham shirt.

Eac0h game is all or nothing now, and even then they will have to rely on other results around the league, but all Fulham can do is hope.
011