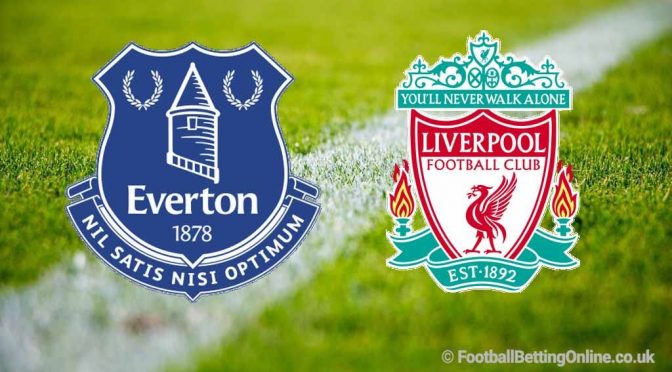 If you were to ask 100 Everton fans what their nightmare football related scenario would be, 99 of them would probably say it’s the thought of Liverpool winning their first league title for 30 years at Goodison Park. At the time of writing, this exact scenario is a distinct possibility.

On the other side of Stanley Park, if you’d written a fairy tale for those in red, this is exactly how the story would end. Even if the Reds can’t seal the inevitable deal at the home of their fiercest rivals, a win would be another giant leap towards their ultimate goal.

Carlo Ancelotti’s Toffees will be hell bent on preventing their neighbours from reaching their prize by any means necessary, just as they believe they did last year thanks to the scrappy 0-0 draw at Goodison. Much of their recent success against Liverpool has, however, owed large amount to the raucous atmosphere behind them, something they will of course be without on Sunday.

Crowd or no crowd, derbies are special and don’t often stick to the form book. And Everton will be hoping that this one does go to Merseyside derby form as they haven’t beaten their Anfield rivals since October 2010.

Jurgen Klopp has sprung massive surprises with his last two team selections for battles with the old foes from down the road. The reverse fixture at Anfield saw Mo Salah and Roberto Firmino benched in favour Divock Origi and Xherdan Shaqiri, both of whom got on the scoresheet in a dominant 5-2 win.

The latest meeting saw Klopp famously give the kids a run out in the FA cup at Anfield. It won’t get much more embarrassing for Everton who crashed to a 1-0 reverse thanks to a strike from 18-year-old local lad Curtis Jones.

All the factors point towards a Liverpool win and, to be honest, it’s very hard to disagree with that assumption. With the FA cup and Champions League out of the window for them, Klopp’s Reds now have nine games to make this title winning season an extra memorable one. Six more wins are needed to reach the 100 point mark and another victory against their closest rivals is the ideal way to kickstart the charge.

Very few surprises should be expected with either lineup with just Yerry Mina struggling for fitness for the home side. With European football once again appearing highly unlikely, Everton are jammed into that mid-table mix, meaning that this Sunday’s game against the old enemy is undoubtedly their biggest remain game of the season.

Will it be tougher without the fan’s backing? Absolutely. But if the Everton players are ever going to get themselves right up for a game, it’s this one. What can we expect from this one? As previously mentioned, I’m expecting a Liverpool win, especially if it sticks to the form book.

However, with players shaking off rustiness and working their way back to fitness added with the general scrappy nature of a derby, we should expect a low scoring affair of under 2.5 goals.