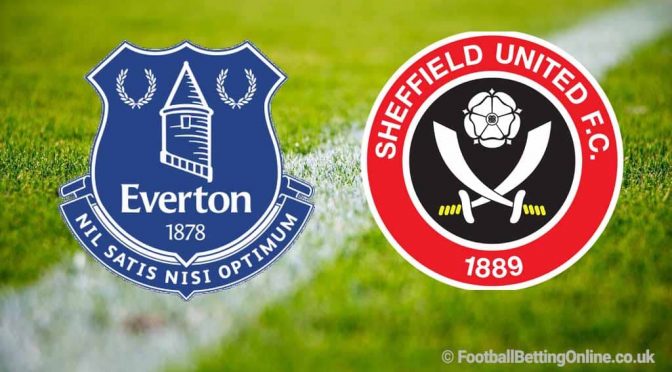 Everton missed their chance to move up into the European places after they drew 0-0 at Aston Villa and they could look forward to a game against Sheffield United who’s torrid season continues.

The home side disappointed against Aston Villa as they didn’t take their chances, and there were plenty of them. There were chances for Aston Villa also and a draw seemed a fair result, but it didn’t do Everton any favours. The side stays 8th after failing to pick up all 3 points that would have seen them move into a European place for the time being at least.

It’s now been made harder for them to grab one of those spots, but it’s still possible. A win here should be what is expected while they’ll be hoping a couple of the teams above them falter with tougher fixtures. Everton’s minimum objective at the start of the season was likely to get into Europe and that aim is still very much reachable.

It should be unacceptable for the club to not finish in Europe, but also a great achievement if they do get there. With the investments made to the side, and a world class manager in Carlo Ancelotti, it’s now time for Everton to move on up and challenge the teams above for European places each and every season.

The side should build on this season in the summer and could possibly add other players with similar calibre to Allan and James Rodriguez. Dominic Calvert-Lewin has no doubt been the star of the team though and he should be the one that the team is built around next season.

It isn’t looking so bad for Everton now, but wins are essential in their last 4 remaining games if they are to have any chance of snatching a European spot. This one looks like a straightforward victory for Everton on paper, but it’s never that easy.

There isn’t much to say about Sheffield United’s season other than how bad it has gone. For a side that has bought strikers Oli McBurnie for 18million and Rhian Brewster for 23million, the goals have been hard to come by. 18 goals scored this season after 35 games is shocking to say the least and they haven’t improved at all during the course of the season.

After such a successful season last term, it’s hard to see why it all went wrong this campaign, but they’ve been relegated for quite some time now. The team hasn’t performed and the sacking of Chris Wilder could prove to be the wrong choice as the job he did with this squad was remarkable for quite some time.

Each player continues to underperform and I’m sure they can’t wait for the season to be over. It’ll likely be new management in the coming season when they start in the Championship and the side will probably have to offload a few of their key players as they look to rebuild a challenge to get back to the Premier League.

After such a bad season, it’s hard to see how this team will find something to give Everton issues as they’ve lost 28 of their 35 games.