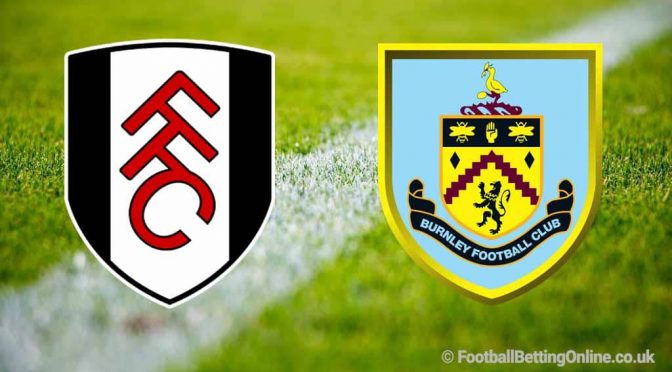 A bottom of the table clash with a lot at stake. A loss for Fulham would effectively see this side sent to the Championship, while a win for Burnley would see this side survive for another season.

With 12 points to play for in the league, Burnley are 9 points above Fulham who sit in relegation. The home team are in desperate need for wins having not picked up one since they beat Liverpool all the way back in early March.

It’s been 6 games on the bounce without a win, and for a team that has to win games, that isn’t good enough. They’ve been unlucky in a lot of these fixtures as they’ve shown a lot of fight, but the quality at the top end of the pitch hasn’t been there to secure victories. They look like a side that will be playing Championship football next season, but they could show what fight they still have in them with a result here.

It’s a must win, but even then it will still look unlikely that Fulham survive as it could be too little too late for Scott Parker’s team. The side didn’t have much against Chelsea last weekend, and each of their last four games now have to be won if they are to even have an outside chance of survival.

Even with a win, they will need other teams around the league to do them favours if they are to stay in the Premier League next season which is highly unlikely at this stage.

Burnley were beaten at home against West Ham United, and it’s another set back for them after a great result against Wolves the week before. The side haven’t shown enough this season, but survival is what matters most and Burnley should survive. With only a few games left, the side is relatively safe, but a win here would guarantee that safety.

They have a team that will cause Fulham a lot of problems, and should they play to their strengths, the result could be there for Burnley. They haven’t shown it enough this season, but they did turn up when it mattered in their last away game with a great 4-0 win against Wolves, and it could be similar here if they start well.

The talent up top has goals in them, and they’ll stick with the two forwards again. Chris Wood is likely to be one of those players, and he is a threat against any side if balls are coming into the box. He should enjoy a trip to Fulham as he will cause problems along with whoever should start up top alongside him.

Burnley’s backline and goalkeeper is where they’re normally the strongest, but they haven’t been in great form this season and that has to improve moving forward. They have talented players that are underperforming and they usually can cause a lot of teams fear when they come up against Burnley, but that hasn’t been the case this season.

Confidence can’t be high for the team, but a win here would give this side another season in the top flight of English football.