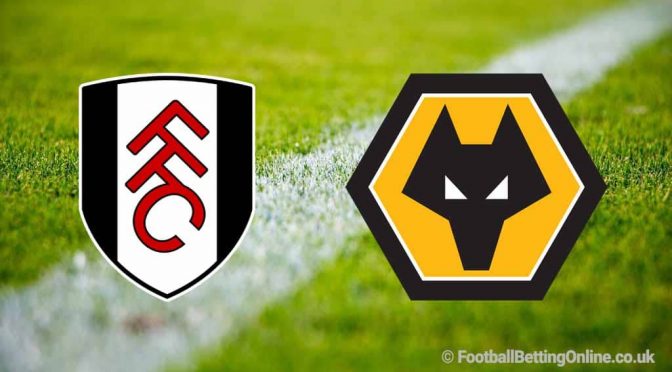 Both teams have had a disappointing season, but Fulham are in grave danger of heading down, while Wolves haven’t impressed at all despite the quality they possess.

Despite taking a well deserved lead against Aston Villa, Fulham failed to make it count and missed out on what would have been a much needed win. Relegation beckons for the side that just last season came back up from the Championship. While they have improved, they are still in huge danger of heading down and have to start picking up wins heading into the last few games of the season.

Pressure can still be put on the teams above and they’re the only side in the relegation zone that has a chance of survival, but they have to start picking up victories no matter how they do it. Mitrovic was back in the team against Villa after a few months due to his impressive International form for Serbia, and he did score after a mistake from Tyron Mings, but his overall performance was also good. He showed signs that he could be the man to help take this Fulham team forward and produce the goods for them if given the chances.

They have a talented side with the striker, along with players like Loftus-Cheek and Ademola Lookman who should be performing much better than they previously have. They’ve picked up better performances recently, without much to show for it. Wolves pose a different threat, as just last season they were outstanding, but the same group of players has failed to impress this season and this is one that Fulham can look to get all 3 points from.

It’s hard to understand what has happened to Wolves. The absence of Raul Jiminez has no doubt been a huge blow to them, but the same core group of players hasn’t performed this season. Another defeat last weekend to West Ham has seen the side not win in 5 games in the EPL, and they now sit 14th, just 9 points from relegation which is disappointing.

It’s poor from a team that has invested through the years in players with quality and they’ve tried to build for the future, but they have to start performing now in the present. They’re almost safe, but saying that Wolves are still in with an outside chance of relegation shouldn’t be the case. They should be challenging for European places with the side they currently have and the talent amongst them.

With only 30 goals scored, it has been a lack of goals that is the main issue for the team, but they didn’t go and find another striker after Jiminez’s terrible injury, instead they believed in a younger player that was bought for a lot of money, who just isn’t ready. Experienced players like Joao Moutinho, Ruben Neves and Adama Traore have had disappointing seasons, and they haven’t been anywhere near the level they’re capable of playing at.

It’s hard to see what will motivate the team to push on and pick up victories in the last few games of the season, especially when they’ll be coming up against teams that are fighting for something and this one could be one of those games that Fulham just want more.