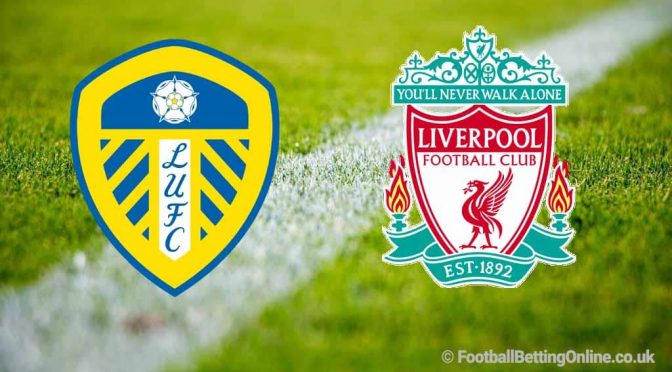 Entertainment is what we should expect at Elland Road on Monday when both of these teams take to the pitch. Leeds United had a fantastic result against Manchester City last weekend, winning 2-1 at the Etihad, while Liverpool are still in the hunt for a Champions League place after a late strike finally gave them a much needed win at Anfield.

Beating Man City will give Leeds a lot of confidence coming into this one against Liverpool. The reverse fixture on the opening day of the Premier League saw Liverpool pick up the win in a 4-3 thriller, and it wouldn’t be surprising if there were goals galore here also. Leeds play some of the best football in the league, and the pressure they put on teams means that there’s always going to be a lot of chances for the opposition.

It’s entertaining to watch for a neutral, but if you’re a fan of Leeds or even Liverpool, it must be a nightmare. It’s an exciting match up, even more so than the opening week as we don’t know which Liverpool team will show up. One thing we know for sure is that Marcelo Bielsa will have his side well drilled for this one, and Leeds United are capable of ruining Liverpool’s run to finish in a Champions League place.

It was a great result against Manchester City, especially for a club that is likely to just finish mid table in the league, but as it’s their first season up, there are a lot of positives to take from this season. There are also negatives, mainly how many goals they have conceded throughout the season, and they have been in for some hidings, but they are always in every game.

They play one way, and it’s even exhausting to watch at times, but more often than not they’ve proven that they can hang with the best and it could be the case here again.

Trent Alexander-Arnold has had a lot of criticism recently, even being left out of the England squad. His late goal last weekend against Aston Villa must have felt like a weight off his shoulders, and it could now spur Liverpool on with a lot of momentum heading into the end of the season’s games.

Now just a few points off a Champions League place, they will fully believe they can catch the teams above, but they’ll still have to rely on the teams above slipping up. Three wins in a row in the league have put them in a good position to challenge those above, but there’s still a lot of work to do and this one is vitally important to take all 3 points from. There will be a lot of chances for Liverpool in this match, and more often than not they have taken them.

Leeds’ defence was broken 4 times in the reverse fixture at Anfield, and it could have been a lot more. There should be goals here for Liverpool, but it will depend on if the team can match Leeds’ intensity. Salah has been the only offensive player that has impressed all season, while Firmino and Mane have underperformed.

Defensively there are improvements to be made, as there’s still far too many mistakes happening in the team, and they have to cut them out now as we head into the most important stage of the season.

This one is a must win for the current champions.