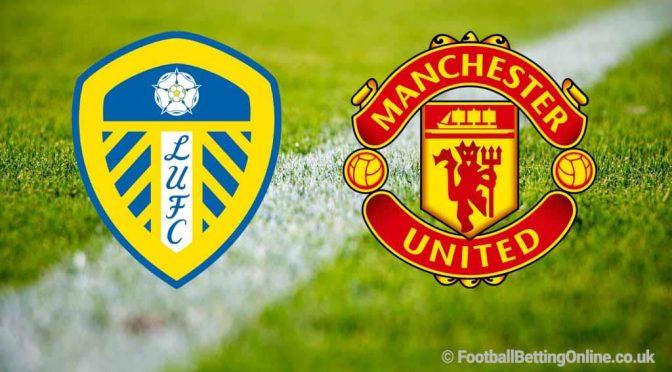 A late goal gave Leeds United a point against Liverpool last Monday, while Manchester United can only keep winning to keep pressure on Manchester City at the top. An old rivalry is reignited once again in this fixture.

It wasn’t the entertaining classic that we all thought would happen between Leeds United and Liverpool last Monday, but a late goal from Diego Llorente saw the home side take a point from the game.

Expectations of this Leeds United team have often been rewarded, and after beating the current leaders Man City over a week ago, and now a point against the current champions, they’ve proved that they can give anyone problems at any time. It won’t be any different here when Man Utd come to play.

The in form team from Manchester have gone from strength to strength, but this one isn’t straight forward. Leeds are a threat from back to front, and they’re still showing that although the season may be over for them in terms of league positions, they’re here to fight for every point they can get.

Let’s not forget how far this side has come since Marcelo Bielsa took over and what a wonderful job he’s done to have this historic club back in the big time where they belong. Now they have to continue to push on and go again next season, even further than this which is very possible for a side of this calibre.

It should be an interesting game at Elland Road here when two old rivals take to the pitch, and this one should be feisty.

Mason Greenwood helped himself to a brace in a win against Burnley last weekend, but it wasn’t straight forward for Manchester United. Burnley put up a fight as they regularly have done over the years, but it was Man Utd who walked away with all 3 points and deservedly so.

Ole Gunnar Solskjaer deserves all the credit in the world for what he’s accomplishing at the moment, because the way he has his side playing and believing in themselves is something no Man Utd team has done for a long time. They look like a much stronger unit, from defence to attack, they have a lot of big characters and leaders that now function as a team.

The fight that this team has when they’ve been down and out shows the team spirit that they have, and they still have a lot to play for this season, given that the European Super League doesn’t affect anything. Of course there’s still improvements to be made across the pitch, but they’ve addressed a lot of weakened areas and it has helped immensely as Ole now has a squad that he trusts, and more often than not this season, they’ve delivered for him.

Leeds are a huge challenge, and the rivalry in this fixture is one of hatred, which should give it a bit of an edge when both sides take to the field. It’s another huge away test for Man Utd who are enjoying great success, especially with their away form, and they will certainly come into this with a lot of confidence.

To keep any pressure on Manchester City at the top, this will have to be another 3 points.