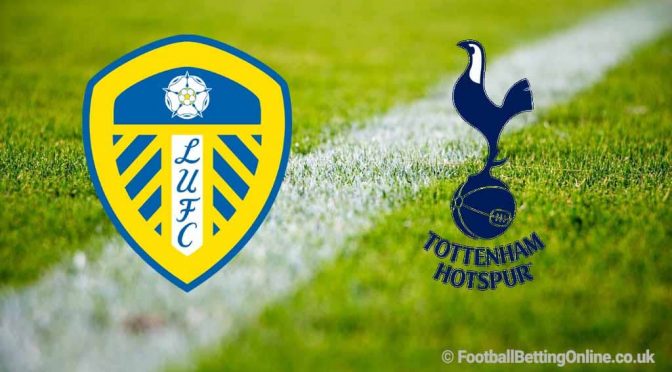 A disappointing performance last time out against Brighton & Hove Albion has given Leeds United a lot to think about, while Tottenham Hotspur seem to be improving game by game.

Leeds United were comfortably beaten 2-0 at Brighton & Hove Albion, as they disappointed throughout the entire game. The team didn’t offer up much, and that will need to improve quickly if they want to bounce back here.

They should fancy their chances in this one as they generally do perform, and more so against the bigger sides in the league. It should be interesting as Tottenham are the team that needs the points more, but that shouldn’t give them any advantage as Leeds have shown all season that they’re here to put up a fight against anyone.

They may not have much to play for in terms of league standings come the end of the season, but that means nothing as Marcelo Bielsa will want to right last week’s wrong and get a result here.

The Leeds manager is known to be a perfectionist, and last week’s result will still be very fresh in the mind, but they can ease that with a good performance here. Leeds usually do bounce back well from bad results, and it is bound to be a tough night for Tottenham who are one of the teams still in the hunt for Champions League football.

he return fixture saw Tottenham win 3-0 in an evenly fought contest with Spurs showing their quality in front of goal. There will likely be spaces available in this game and it will be open and exciting as all Leeds games tend to be. It could go either way.

Tottenham Hotspur’s two wins on the bounce have moved the side up above Liverpool into 5th after the latter’s game was postponed at the weekend. A comfortable 4-0 win for Spurs against Sheffield United was expected, but what was a surprise, was the hat-trick from Gareth Bale.

The Welsh man has shown what he is capable of at times this season but he hasn’t had the run of games to show good consistent performances. This is an important time of the season for Tottenham and with Son, Kane and Bale, Spurs will be hoping that it all clicks in the last few games of the season.

Four games remain in the Premier League, and each one of them is a must win if Tottenham are to challenge for Champions League positions. Harry Kane leads the top goalscoring charts once again with 21 goals, while his duo for most of the season, Heung-Min Son has 16. That front three for Spurs will have to continue to perform in each of these matches, while defensively they do still have their struggles.

Going forward, Tottenham are as good as any team in the league, but at the back they lack a lot of leadership and it has cost them quite a bit this season. With Jose Mourinho gone from the club now, Ryan Mason has been put in charge of the last few matches and the results have improved.

This one will be tough, but it’s a game that could suit Spurs’ attacking force and they have to win it.