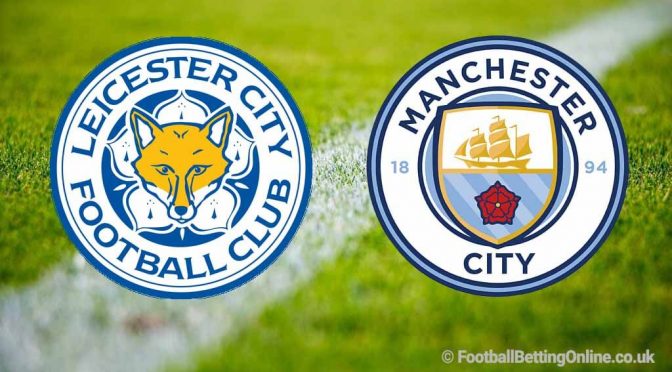 Current league leaders Manchester City travel to Leicester to take on one of only 3 teams that has picked up 3 points against them this season. Leicester will need a repeat performance if not more, if they hope to cement down a Champions League spot, against this dominant Man City side.

The Foxes’ have gained a bit of form heading into this, but no game is harder in the world at the minute than Man City. Leicester, however, do enjoy playing against the bigger sides, and they have already beaten City this season, 5-2 at the Etihad. It’ll be a tougher test here though with Man City looking almost unstoppable since late 2020.

Leicester still sit comfortably in 3rd place, 5 points ahead of Chelsea in 4th, but with 9 games or so to go, there are a lot of important fixtures that have to be won. Pressure could build if it goes wrong here, as they have a tough run of fixtures until the end of the season. They have talented players in areas across the pitch that can produce quality on their own like Tielemens and Praet who performed well for Belgium, but they do have injuries to players that have enjoyed a good season so far in James Maddison, and Harvey Barnes.

Iheanacho has shone in recent games, while Jamie Vardy is still as deadly as ever. Despite having major injuries to a number of different players throughout the season, it did look as though they would suffer due to their squad depth, but Rodgers has pulled the team together and they’ve performed fantastically well all season.

ven when they’ve had their run of bad results, they’ve bounced back and went on great unbeaten runs to put themselves in a really good place heading into the end of the season. However, It’ll be seen as a shock result if they pick up all 3 here, but it has been done before and can be done again.

Manchester City have only had one blip in recent fixtures, a defeat to rivals Manchester United, but they quickly got back to winning ways since then. They are a side that will hurt any team if they perform how they should, with quality in all areas of the pitch. They’re a team that can and will keep the ball away from you for as long as necessary until a player like De Bruyne finds the space and the killer pass, as he does regularly.

They have a certain style of football that is unmatched, but it’s also the footballers that play the game beautifully at times. Not always, because there are still times when it’s labored and not moved quick enough, but when City are at their best, they’re better than anyone. Players like Phil Foden and Gundogan have stepped up a level this season for the club and really showing Pep what they can bring to the team.

Two players that are essentially immovable from the first team, along with John Stones who has been solid since his reintroduction to the team partnered with Ruben Dias who has looked world class from day 1.

The league is a formality, but they won’t take their foot off the accelerator and will want to right that wrong from earlier in the season with a dominant display here.