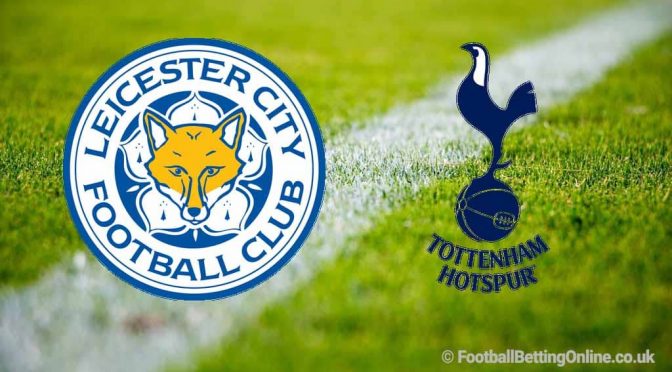 Champions League football is still in sight for Leicester City but they’ll need a favour from Aston Villa or Crystal Palace if they get the 3 points in this one, while Tottenham Hotspur can still end up without European football should they get a bad result here.

Leicester City were beaten 2-1 by Chelsea at Stamford Bridge, and it’s a game that saw Chelsea leapfrog them into 3rd. For much of the season Leicester has been inside the top 4, but now they sit 5th after Liverpool’s win against Burnley took them above Leicester into 4th on goal difference.

They still have a chance of getting top 4, but this isn’t an easy victory with both clubs desperate for a win. It was celebrations not too long ago for Leicester when they lifted the FA Cup, but the side now has a real chance of missing out on Champions League football when it looked as though they had it nailed down for a lot of the season. The club has faltered with results in recent weeks, and while they are guaranteed Europa League football, they will want Champions League football.

They will have to better Liverpool or Chelsea’s result to get just that, but it’ll be a tough day here. The side have given everything for most of the season, and they deserve to finish in the top 4 given how they’ve performed, but to leave it up to other clubs certainly isn’t what Leicester would have wanted.

All they can do is focus on beating Tottenham and hope that Aston Villa or Crystal Palace pull off a fantastic result.

Tottenham Hotspur still have to focus on their quest for a European place, despite it being overshadowed with the announcement that Harry Kane wishes to leave the club. The striker has been the talisman again this season, and along with Heung Min-son, they’ve been the two players that has given Spurs a chance of European football.

It won’t be Champions League though, and that is what Harry Kane will be looking to play next season as he wants to sign for a club that challenges for trophies and league titles. Tottenham have failed this season to bring silverware to the club and it looks as though the captain has had enough. The price of the player could be an issue though as he’s been quoted at 150million, which will likely put a lot of clubs off.

Kane and Son combine for 39 of Tottenham’s 63 goals scored in the Premier League, and they also have 23 assists between them which is remarkable for the two players. Defensively is where Tottenham have been frail this season, but there hasn’t been enough of their players that have performed other than the front two.

A defeat in front of their own crowd last time out against Aston Villa didn’t help matters as they could fall out of those European places with a bad result here against a tough Leicester side.