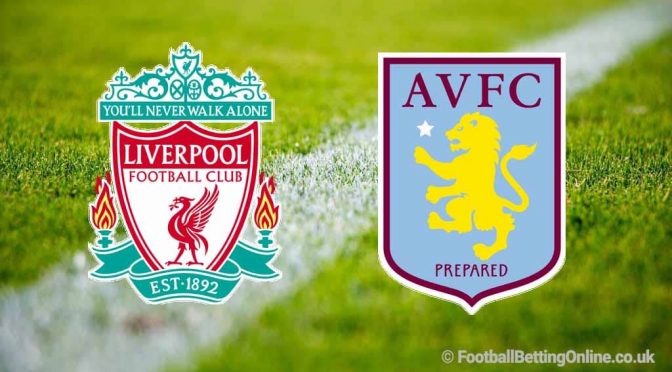 Liverpool’s hopes of reaching a Champions League place took a huge step forward, while Aston Villa could still be in with an outside chance of securing European football.

Liverpool return to Anfield which hasn’t been good to them recently in the league. 6 straight defeats at home for the current Premier League champions has seen them much prefer an away fixture, but they have to win here. Anything less will be a huge step back in their pursuit of reaching Champions League football.

That is the aim now for Liverpool as they can’t mathematically retain their title, and weren’t going to anyway with how things have turned out. They were impressive against Arsenal at the Emirates, dominating the game from start to finish, and fully deserved their 3-0 win, but at times it did look as though the breakthrough would never come. Arsenal showed up with 10 men behind the ball and the talent of Liverpool eventually found a way beyond Leno in goal as Diogo Jota netted twice off the bench, while Salah scored the other.

It was a typical performance in terms of possession, but the front three of Mane, Salah and Firmino did look hesitant at times, as if lacking in confidence. Anfield was a fortress for the side having not been defeated in two years, but since then, 6 games without picking up a single point in the league at home, means that this will be interesting. The reverse fixture saw Aston Villa win 7-2, which is highly unlikely to happen, but that game will very much be in the Liverpool’s players minds coming into this one.

It should fire them up, along with the fact that 4th is well within reach should give the side a lot of confidence that they can push on now and there are still things to challenge for. The team should settle for no less than 4th, and anything less than that will be a huge failure. Must win.

Villa fought back against Fulham last weekend to earn all 3 points. It was another substitute who changed the game as Trezeguet hit a double off the bench. The game itself could have been anyone’s, and Fulham can count themselves unlucky to go home with nothing, and the win for Villa was much needed after 4 games without in the month of March.

They have a chance now to push on and put pressure on teams above them and that is all they can do. It’s unlikely that they’ll reach any sort of European position, but with it still being possible, that must still be an aim for the side. The only issue is when they win, they don’t tend to rack up another few wins to push on, and their form hasn’t been the greatest. Star player Jack Grealish looks set to miss the game as he still recovers from a shin injury, but the club do have enough quality in their ranks that can hurt any side when on their game.

It could be a game that Villa comes into freely without any pressure as it’s Liverpool who have to get the 3 points. It’s Liverpool who have to perform at Anfield. The pressure is on the home team, and that could be a boost to Aston Villa. They’ll likely be dominated by Liverpool in possession and chances, but if they defend well and goalkeeper Martinez is as impressive as he has been all throughout the season, then they could cause another upset here.

Given that all eyes are on Liverpool’s home form, the longer the game stays at 0-0, the more frustrated and risky Liverpool will become and Villa have to capitalise on that, because there are still mistakes to be made for Liverpool’s backline.