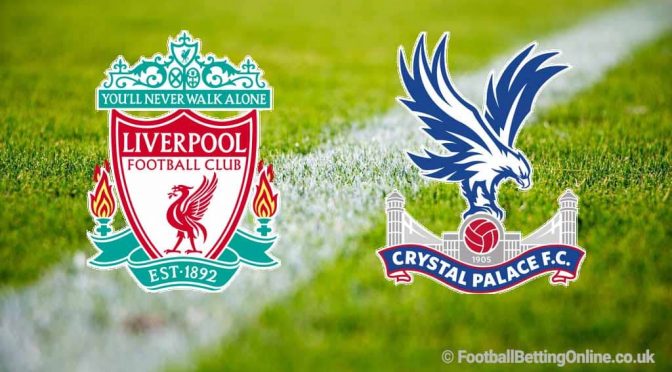 Massive game for Liverpool as they have to win to keep a spot in the top 4, while this one will be Roy Hodgson’s last match in charge of Crystal Palace.

Liverpool’s goalkeeper Alisson was the savior when he popped up to score the winning goal in the 95th minute against West Bromwich Albion. It was a huge goal that was necessary to continue the hope for Liverpool, and it’s all gone their way so far with Leicester losing to Chelsea and then beating Burnley in midweek saw the side move above Leicester into top 4.

The club are showing some fight in recent fixtures and while the quality isn’t fully on show, they are picking up the vitally important wins that matter. On paper, Liverpool should be far too much for Crystal Palace, but that isn’t always the case, especially this season for Liverpool who can be hot and cold at times.

Mohamed Salah is the only Liverpool player this season that has kept his performances up to a certain high standard, and he could be left frustrated should Liverpool not qualify for the Champions League. The Egyptian has been rumoured to want to leave Anfield, but a lot will likely depend on where Liverpool end up in the league for quite a few of their players.

Pressure will be on the side to not slip up, and with Liverpool’s recent form, they’ve found that winning mentality at such an important time.

Roy Hodgson announced his retirement which will come after this game. It’s been a long career for the 73 year old as he’s enjoyed spells at Liverpool and also as England manager. He’s kept Crystal Palace up for the last few seasons and that would have been the aim this term again in which he succeeded.

It’s probably the right time to let someone else come in as he’s taken this club to the maximum they can go, but he could ruin his old club’s European hopes with a good result here.

Crystal Palace are a team that has had their struggles this season, especially when they’ve been without star man Wilfried Zaha, who no doubt will want to leave the club again come the summer transfer window. He deserves to play for a bigger side as his quality shows through and the win ratio with and without the player shows how much he matters to the club.

The club do have talented players that can produce and they could cause a lot of issues for Liverpool who defensively are still having their troubles with different centre back partnerships. Going forward is where Palace are best, but they have conceded a lot this season and playing a Liverpool team that has to win could mean a long day at the office for Crystal Palace’s defence.

The players will want to put in a good performance for Roy Hodgson’s final game in charge, and should they offer up problems for Liverpool’s defence, they could ruin the Champions League hopes for Liverpool.