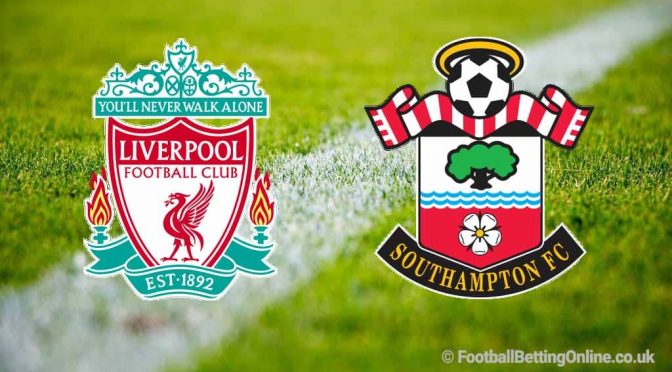 It’s time to perform if you’re a Liverpool player as every game becomes a must win, while Southampton finally showed some positivity with a good result against Leicester.

Liverpool’s game last weekend against Manchester United was postponed due to fan protests. Manchester United fans took to the pitch to protest the owners of their club, but it has hindered both sides as the fixture now needs to be fulfilled elsewhere.

It creates a headache for both teams as to where they fit the fixture in, but attention now turns to this one. The focus has to be shifted on Southampton and 3 points are a must for Liverpool here. It’s been a tough season for Liverpool who are still in the hunt for a Champions League place, but time is against them.

Leicester have faltered in recent weeks, but they still cling on to 3rd while Chelsea occupy 4th. Liverpool sit 7th with a game in hand, but there are only 4 games remaining for most of the teams in the league. While not likely, the team has to fight and win each of their last 5 games to have any chance of securing a place.

Their performances have warranted wins in their last 2 games against Leeds and Newcastle, but they did however only come away with 2 points from those games. It simply hasn’t been good enough for Liverpool this season and if they miss out on Champions League football next season, it’ll be interesting to see what happens with the team.

Southampton’s early sending off against Leicester City looked as though it was likely to be another miserable day for the Saints, but that wasn’t the case.

Leicester were knocking on the door for much of the game and will be disappointed to come away with a point, but it’s a huge point for Southampton. After a run of 3 defeats in the league, the side were pinned back for much of the game against Leicester after centre back Jannik Vestergaard saw red in the 10th minute.

They somehow came away from the game with a point after only 29% possession and a rare chance at goal, but it will feel like 3 points after that one. Southampton don’t have much to play for as they’re practically safe from relegation, but it has been a poor season for them overall.

With a talented side, the team should be higher up the league but they haven’t performed well throughout. Defensively they don’t look strong, and they’ve been in for some hidings again this season.

They haven’t learned from mistakes that they make, and it has cost them a lot of points, while going forward, they are a threat. James Ward-Prowse has been the key player for Southampton as he is deadly with his set pieces and a huge part of this team’s success, while many players should be performing above their current standards.

Striker Danny Ings will be a huge miss for this trip against his old club, and it’s hard to see how Southampton can take anything from a Liverpool team that has to win.