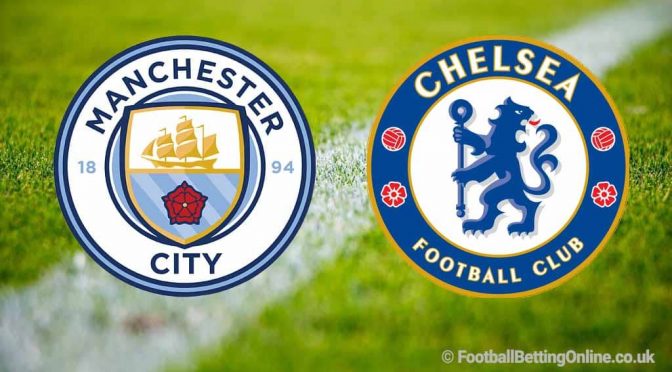 The home side can wrap up the title with a win here, while Chelsea still have a lot to play for as they look to secure Champions League football.

Manchester City are on the cusp of being champions once again, and it has been fully deserved. The team didn’t start the season well, but after a defeat to Tottenham in November, everything changed for the club. City have sat top of the league for a long while now and they’re about to be awarded with the Premier League trophy, there’s no doubt about that.

The only doubt for the team, recently anyway, is that goals have started to leak back in. Chelsea bring a goal threat to the table, and Man City’s defence has to be well prepared as Chelsea need points. Of course it’s usually expected for Man City to control the game and keep possession and have the other team play how City want, but that wasn’t the case on April 17th when Chelsea fully deserved their FA Cup win against City.

It was a strange performance from Manchester City during a hugely important fixture, but they weren’t on the level of Chelsea on the day and I’m sure that fixture is still on some City players minds. They’ll want a performance here to wrap up the title at the Etihad, but it will be tough with Chelsea playing extremely well under Thomas Tuchel.

It should be an open, hotly contested game with both sides looking to enforce their own game and pace could play a huge part here. With both needing the win to secure certain goals, we should see a game that is extremely competitive with a lot of star players capable of being match winners.

Chelsea continue to enjoy life under Thomas Tuchel. The team seems to go from strength to strength, and they have a style of football and a core group of players that works for this side. Tuchel has left certain players like Tammy Abraham or Olivier Giroud out of the squad, but he hasn’t had to use them often anyway.

The players that he has chosen, have been able to hold down their place in the first team and with the results they’ve had since the manager first walked through the door in late January, there hasn’t been a real need for change. This fixture is one that Chelsea perfected back in April as they knocked Man City out of the FA Cup.

The game plan worked well for Tuchel’s men on the day as they dominated and kept Man City’s stars quiet for most of the game. That should give this side a lot of confidence coming into this fixture as they know what they’re capable of and how you can set up against a Man City team.

Obviously it’s as tough as any fixture in the world when you come up against Pep Guardiola’s teams, but Chelsea are a side that is playing without fear and each player has had their moments of performing fantastically well in recent months.

Timo Werner continues to be hit or miss in terms of goals, but his contributions to this side this season have been nothing short of remarkable. For a player that is supposedly lacking confidence in front of goal, he brings so much more to the team and he should lead the line here once again.

Chelsea are looking to cement down a Champions League spot and a win here would make that go a long way with only four games left in the season.