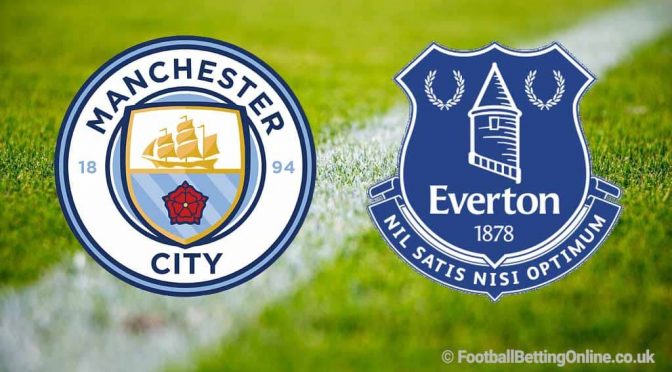 Title day for Manchester City as they will lift the Premier League trophy here at home in front of their own fans, while Everton need to win to have any chance of securing a European place.

Manchester City will lift the Premier League trophy after this one, and the fact that fans will be in attendance at The Etihad, means a lot more. It’ll be special to have the City fans back and to see them celebrate their side’s fantastic season with their club lifting the trophy.

The team has been outstanding for much of the season as they’re about to lift a domestic double as they’ve already won the League Cup, and they have a good chance at a treble this season if they can pick up the Champions League trophy. Ever since late November when they lost to Tottenham, they’ve been on a run of games that has seen them climb to the top of the league and stay there. The team have gone from strength to strength since a disappointing start to the season and they haven’t looked back.

Now they will want to head into the Champions League final against Chelsea with a good performance here and they should show it against an Everton side who have had their struggles recently, but an Everton team that has to win to have any chance of a European spot. It was disappointment for Manchester City in their last game though as they led 2-0 only to end up beaten 3-2 by Brighton.

City will want to end their league campaign on a high here in front of their own fans as 10000 spectators will be at The Etihad. It’ll be a day of celebration for Man City, but they’ll also want a good performance to take into Europe with.

Everton are their own downfall this season as they’ve shown poor performances when wins are essential. A loss last week against Sheffield United was unwelcome and it could put this side in trouble as they could miss out on European football altogether. The 1-0 win against Wolves midweek gave them hope of reaching the European places, but they still sit outside them for the time being, level on points with Tottenham.

They’ve had chance after chance to be comfortable in the European places, even having a game in hand over a lot of teams above them but they haven’t taken full advantage of it. With the quality they have in their side, along with a world class manager in Carlo Ancelotti, they will be disappointed should they not finish in the European places, but it looks likely that they will miss out with this tough fixture.

Should that be the case, it’ll be interesting to see what happens to Everton in the summer when the transfer window opens as they do have players that will want to be playing European football next season. Dominic Calvert-Lewin has been the one constant in the side as his goals and general play up top have shown what a wonderful player he is, and at 24 years of age, he’s the player that Everton should be looking to build their side around next season.

They have quality in all areas of the pitch and the side should be looking to improve on where they’re currently at, but they could end up with nothing from their season.