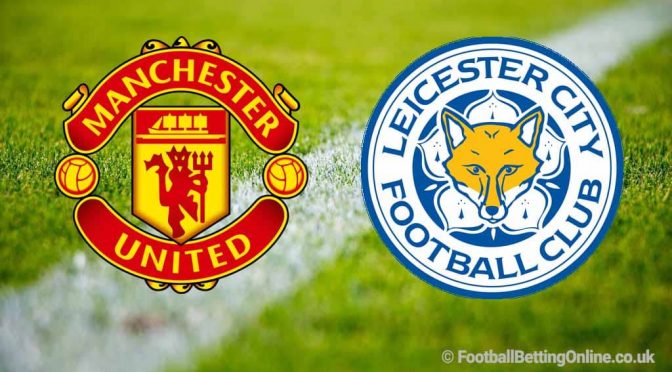 The home side are on course to finish 2nd in the league after another comeback win against Aston Villa last time out, while Leicester City disappointed once again as they went down 4-2 to Newcastle United.

Manchester United fought back from 1-0 down again as they have done countless times this season. Aston Villa are no easy team to beat, but United’s quality particularly in the second half gave the Red Devils a 3-1 win. It was no surprise though that they came away with all 3 points again when going a goal down as this team is showing the character and will to win this season.

They’ve been fantastic, and Ole Gunnar Soljskaer deserves a huge amount of credit for where he’s taken this team this season. Man Utd will play 3 games in 5 days, and this one will be the second of those. There’s likely to be changes made to the team, and with Leicester slipping out of 3rd, they have to start performing and could come up against a slightly weakened United here.

With Liverpool coming to Old Trafford on Thursday, there will have to be players rested for this one and that could give Leicester a better chance of getting a good result, but any player that has come off the bench for Man Utd has performed well also.

Harry Maguire was substituted off during the Villa win and he’ll likely be out of the game here which will be a huge miss, but with how Leicester are playing at the minute, Man Utd will still fancy all 3 points.

Leicester City moved down to 4th in the league for the first time in a long while, and it’s getting dangerous now for The Foxes. While they still have 5 points over West Ham who sit in 5th, Liverpool could go within 3 points of Leicester as they have a game in hand.

A positive result here is badly needed for Leicester and they usually do tend to perform better against the bigger sides in the league. They’ve been a team that’s faltered here before and went on to miss out on Champions League football, but they have to learn from that quickly. A 4-2 defeat to Newcastle is unacceptable with what Leicester have to play for, and defensively they were all over the place.

Çağlar Söyüncü had a game to forget as he struggled throughout, but any Leicester player should be disappointed with the performance they put in. It was mistake after mistake and Newcastle capitalized on it to take home the 3 points and it leaves Leicester in a position now where Champions League football is now under threat in their final 3 games of the season.

Leicester’s final matches in the league are far from easy as they travel to Man Utd here, then to Chelsea and finally finish off the season with a game against Tottenham. They have to pick up results in these games if they are to have a chance to keep Champions League football, but it’s going to be tough.