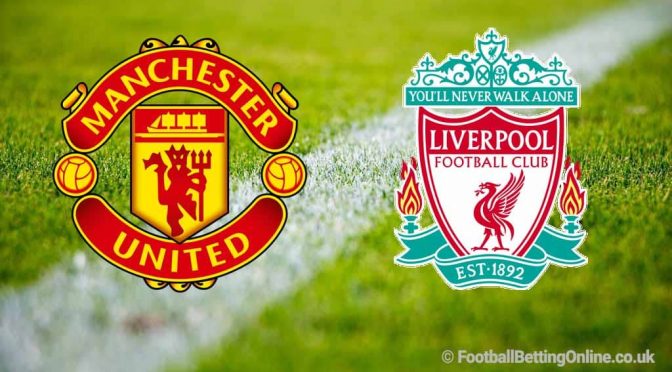 A huge game on Thursday as these rivals will finally meet after the previous scheduled game was postponed due to Manchester United fans’ protest of their owners.

This game is Manchester United’s 3rd in 5 games, which is crazy in itself. The previous game was called off due to fans getting inside Old Trafford to protest the club owners, but it hasn’t helped Man Utd’s schedule in the slightest.

With a lot of football to be played in such a short time, United’s full squad will likely have to be used and everyone could play a part. It’ll be interesting to see who plays here and how Man Utd can perform against a Liverpool team that has to keep winning.

To come to Old Trafford is tough though and Man Utd have shown that all season as they’re performing brilliantly under Ole Gunnar Solskjaer. The team is looking to push Man City all the way to the end as they continue to win games while City are struggling, but it could be too little too late as Man City are still well on course to win the league.

Man Utd can ruin the European hopes of their great rivals here with a win and that will go a long way for a lot of these players alone. Captain Harry Maguie is likely to miss this game as he’s scheduled to be out for a few weeks after he came off in the win against Aston Villa last Sunday, but Man Utd are a team that should be capable of handling that, especially this season.

Their willingness to win any game is evident and it should be a real tough competitive game here with both sides vying for the victory.

Liverpool just need to keep winning, it’s all they can do. They did just that last time out against Southampton, winning 2-0, but it wasn’t without their struggles. Allison pulled off some great saves to keep his side in the lead at 1-0, and it looked as though it could fall apart for Liverpool again but the second goal from Thiago, who grabbed his first for the club, was a relief.

They slightly deserved all 3 points, but Southampton put up a good performance and had their moments in the game. This one here is likely the toughest test that Liverpool will have this season and it’s at a crucial time where wins for the club are necessary. With Leicester losing, Liverpool’s Champions League hopes took another step in the right direction, but there’s still a lot of work to do for the team to get into those spots.

It’ll be hard, and Liverpool are still a team not fully at their best, but with Man Utd playing 3 games in 5 days, that should be a huge help to this side. Liverpool’s team could out run United, with some of their players likely to feel fatigued especially in the latter stages of the game and the advantage in this one should go to the away side.

With how Man Utd have performed all season though, they’ll still be at it and can cause Liverpool’s defence a lot of problems with the quality that United have all over the pitch going forward.

Liverpool’s quality has been hit and miss in front of goal and that has to improve in this game as they will have chances with Harry Maguire missing at the back.