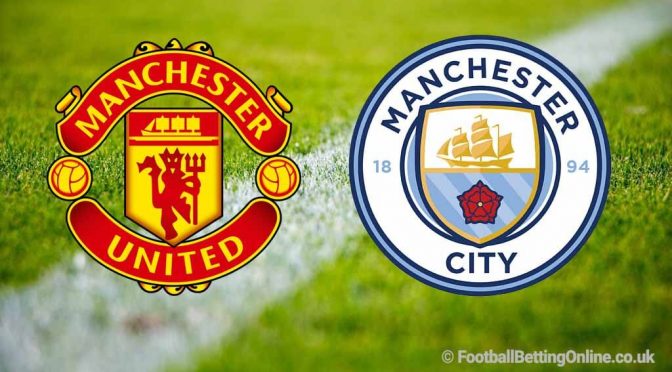 The Manchester derby never needs anything or anyone to hype itself up. It’s very rare that neither club are in the hunt for the Premier League title when the fixture between City and United rolls into town but that’s the case in this one. That’s not to suggest there’s nothing riding on it. Far from it.

Would Pep Guardiola and Manchester City have been pleased by Liverpool’s capitulation at the hands of Watford last Saturday? Probably, but not in the sense that it lets them back into the title race as that game is up.

After an historic win in the Bernabeu and another trophy in the cabinet last Sunday, it’s been a great week for City and they’d love to extend that by beating their oldest enemy this weekend.
Sergio Aguero looks to be carrying a knock once more, picked up in the Carabao Cup final against Aston Villa, meaning Gabriel Jesus may get the nod to start up front once more.

As for Manchester United, it’s all about Bruno Fernandes right now. They escaped from Goodison Park with a draw under fortuitous circumstances last Sunday but will point to the fact that their new man scored yet again. He’s on fire at the moment and made the supposedly difficult adaptation to English football look very straightforward.

Paul Pogba is set to return to training for United this weekend but it seems very, very unlikely that he will be thrust straight into the derby limelight this weekend. Stranger things have happened though.

When it comes to a derby, it’s impossible to call a winner as form goes out of the window. United left the Etihad with the spoils in the reverse fixture so City will be determined to gain revenge at Old Trafford. All eyes will be on playmakers Kevin De Bruyne and Fernandes.

You could do worse than tipping them both to score in what should be a game with plenty of goals.