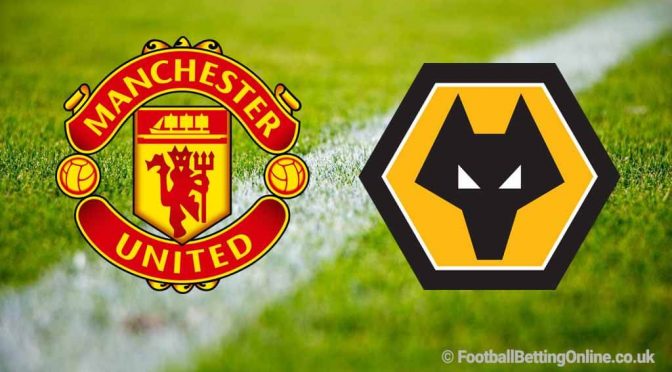 An electric Wolves side gave champions elect Liverpool a real fright in their last Premier League outing. If Adama Traore and Raul Jimenez can produce similar form against Manchester United it’s hard to make an argument against them being favourites for this encounter at Old Trafford.

United will point towards their latest meeting, a home FA cup tie only two weeks ago in which they triumphed with a 1-0 victory in a less than memorable 90 minutes thanks to Juan Mata’s goal. You’d expect a more intense occasion between two full strength sides.

Solskjaer’s side enjoyed a 6-0 cruise in the cup at the weekend as they attempt to banish memories of their last Premier League outing, a painfully abject 2-0 reverse at home to Burnley. They know that if they play anywhere close to that standard this week, they will get picked off by Traore and co.

United were the last team to take points of runaway leaders Liverpool back in October of last year but Wolves will feel extremely unfortunate not to have repeated the feat last week. In fact, they probably should have gone one better, inflicting the first defeat on Klopp’s reds.

Wolves had Liverpool on the ropes for at least 20 minutes in the second half at the Molineux last Thursday, largely thanks to the electric Traore.

Tipping an away win at Old Trafford isn’t traditionally a conventional way to go. However, with all things considered that’s what we are going with. If United’s monotonous build up play of recent times continues, Wolverhampton Wanderers should be far too strong on the break.