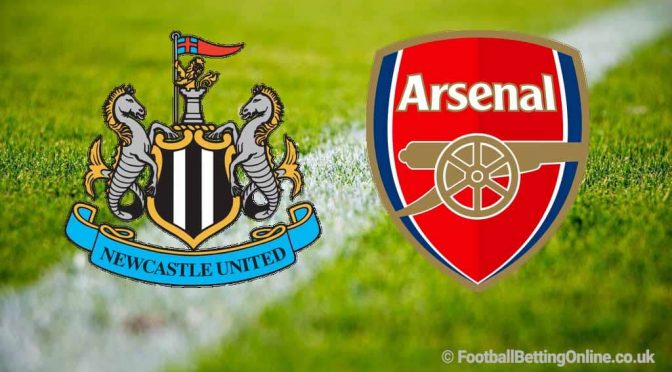 A late goal against Liverpool last time out gave Newcastle United a fantastic point in their hopes of survival, while Arsenal’s season couldn’t get any worse after their 1-0 defeat to Everton.

Joe Willock was the savior again for Newcastle United after his late goal in injury time earned his team a point against the current champions. The on loan midfielder from Arsenal won’t be available for this one against his parent club though, and the super sub will be a miss if the game is close in the latter stages.

Newcastle United should fancy getting something from this one as Arsenal are a beatable team with nothing to play for, domestically at least. Arsenal also have two major European ties in the Europa League either side of this fixture, so that could give Newcastle some confidence as Arsenal likely will play a weakened side in the league.

A result here for Newcastle will likely see them survive the season as they currently sit 9 points off Fulham, and with only 5 games to go, they are likely to stay up. The home side won’t fear the visit of Arsenal as they are a team that has shown a lot of weaknesses in their side and with the season they’re having domestically, Newcastle will feel capable of taking all 3 points here which should guarantee them safety.

With the players that Newcastle have, they should be performing much better than they’ve shown throughout the season, but there should be a lot of credit going to this side at the moment with their recent results. Under pressure, they have performed fantastically for the team and grinded out great results at this important stage of the season and another one here is certainly on the cards.

A goalkeeper error cost Arsenal any result last time out against Everton, as they went down 1-0 giving Everton their first away win at Arsenal in 25 years. Arsenal haven’t been in a good place all season in the league and they do have two huge Europa League games either side of this fixture, so that could be a huge benefit to the home team.

In the league, the Gunners don’t have much to play for apart from pride and getting results, which they desperately need as they haven’t shown that they’re a top side this season, but an away trip to a Newcastle team with some form will prove to be tough.

The usual stars who have shone for Arsenal in previous seasons haven’t been at it this term and it’s been the youngsters who Mikel Arteta has brought into the team that has impressed so well.

Bukayo Saka and Emile Smith Rowe have been two of the better players in the team this season and they’ve fully earned places above the likes of Nicolas Pepe and Willian. The side needs a lot of change at the club in the off season as they lack leadership all across the pitch, but there have been some positives with Mikel Arteta getting rid of a few players that needed to go in January.

Of course there will be more going at the end of the season with the club failing to perform and sitting 10th in the league isn’t acceptable for a side of Arsenal’s stature. A result here should matter in terms of how the club goes on to perform in Europe, but it’s hard to see if Arsenal have it in them at the moment.