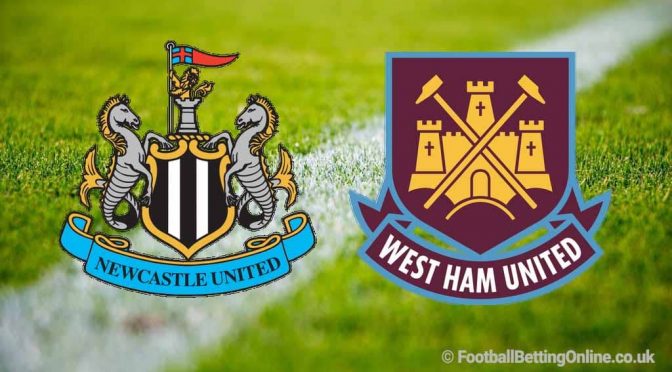 Newcastle United took a huge step away from the relegation zone last weekend after a great win against Burnley. West Ham United also proved they deserve European football after their win against Leicester.

The home side here have put themselves in a good position to survive this season with a great win over fellow relegation candidates Burnley, last time out. Fulham slipping up again last weekend is another huge boost for Newcastle and they’re beginning to open up the gap between them and the relegation zone. It’s not over quite just yet, but it’s getting there. With only 7 games to go, Newcastle are 6 points from the relegation zone and it’s all in their hands now.

There’s still a lot of important fixtures to come up, and none tougher at the moment than West Ham who are showing that they belong in a European position this season. Newcastle can take some confidence into this one with the Hammers likely to be missing some key players, but also from their recent performances against Spurs and Burnley.

They’ve shown a side to them that we haven’t seen for most of the season and you have to question where it has been. They seem as though they have some fight left in them to end the season on a high note and stay in the league, while other teams around them keep slipping up. It’s looking good for Newcastle at the moment, but there’s still a lot of football to be played until the end of the campaign.

The Hammers sit 4th and with another great win against Leicester, they now find themselves in a great position heading into the last few games of the season. It would be a shame now if West Ham were to miss out on European football as the season they’ve had has fully been earned, and they deserve to finish in one of the top spots in the league.

With key players like Michail Antonio and Declan Rice out against Leicester and likely to miss another few games, they performed extraordinarily well against the team sitting just above them. They made it difficult in the second half, but Jesse Lingard was the difference on the day and he has been in scintillating form since joining on loan from Man Utd.

An away trip to Newcastle poses another challenge as they’re a team that has put up a bit of a fight in recent fixtures as they look to secure their position in the Premier League for next season. West Ham have conceded 7 goals in their last 3 games which means that they’re still vulnerable at the back, and if the attack has an off night, it could cost them an important place in the league. They have to be better defensively, but saying that, they did win 2 of those games and drew the other one.

This could be a close one, but West Ham have to be favoured with the confidence they currently have, and the quality in the team that has shone throughout this season.