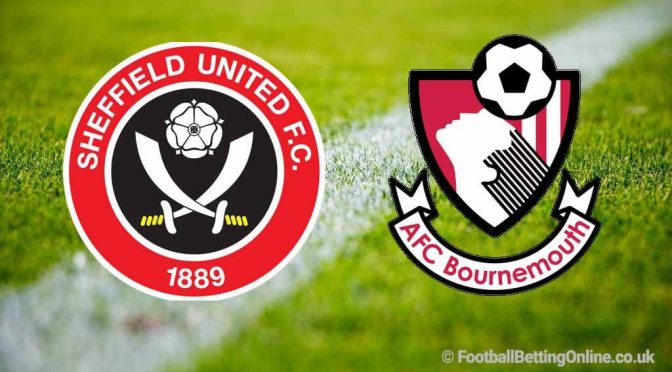 Sheffield United just keep on going. Crystal Palace were their latest frustrated victims as the Blades ground out another great result on Saturday, leaving Selhurst Park with all three points thanks to a 1-0 victory.

Bournemouth have dropped like a stone this season but a couple of crucial victories in recent weeks have stopped the rot, none more crucial than the win over Aston Villa last week. The return to fitness of Nathan Ake has been a big boost to the Cherries and his presence will, no doubt, but needed in this one as they expect a busy day at Bramall Lane.

Billy Sharp’s late equaliser saw Sheffield United escape with a point on the first day of the season, a goal that was met with wild scenes of celebration amongst the players and the away fans. It’s testament to how good they have been this season that a similar result this weekend would be met with disappointment.

Incredibly, United are only five points off a Champions League place and sit a point ahead of their Manchester namesakes. Meanwhile, The Cherries have lifted themselves out of the relegation zone with the six pointer won against Villa but they are still in the middle of the dogfight.

A home win is the easy punt here but Bournemouth’s predicament should see them tighten up at the back. Rumours suggest Josh King may be close to a return and a lot of The Cherries hopes rest on his fitness. This one should be a lot closer than anticipated but the smart money is definitely still on a home win.

Bournemouth are traditionally dangerous on the counter attack away from home so we would have both teams down to score.