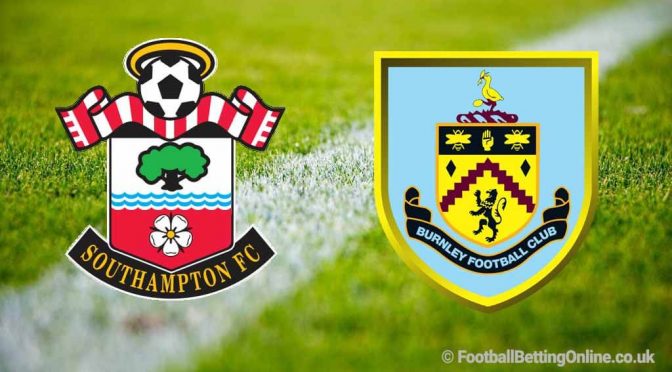 Throughout the Christmas period, this fixture would have been considered a relegation six pointer. However, both Southampton and Burnley have rediscovered a level of form which has seen them establish themselves as Premier League regulars.

Since their embarrassing 9-0 drubbing at home to Leicester that threatened to derail their whole season, Ralph Hassenhuttl has done an incredible job in turning The Saints’ fortunes around.
The history books will show that Southampton received another battering on Match Day 25 against champions elect Liverpool as they went down to a 4-0 defeat. But the score line tells only a small percentage of the story as Hassenthuttl’s side took the game to Klopp’s reds and were very unfortunate not to go into the half time interval with a lead.

Southampton’s transformation is complete and they now deserved to be seen as a side to treat with respect rather than the one that rolled over for Leicester at the end of 2019.

Burnley also look to be back to their stubborn best and ground out a 0-0 draw at home against Arsenal in the last round of Premier League matches. In fact, Burnley will be sorely disappointed that one point didn’t become three as they missed a whole host of chances, with in form Jay Rodriguez the most guilty party, smashing the underside of the bar with the goal at his mercy from six yards out.

A combination of Southampton’s impressive recent performances alongside Burnley’s phobia of travelling sees the Saints go into this one as favourites. Danny Ings is also in the middle of his purple patch, meaning a home win with an Ings goal is the hot tip for this one.