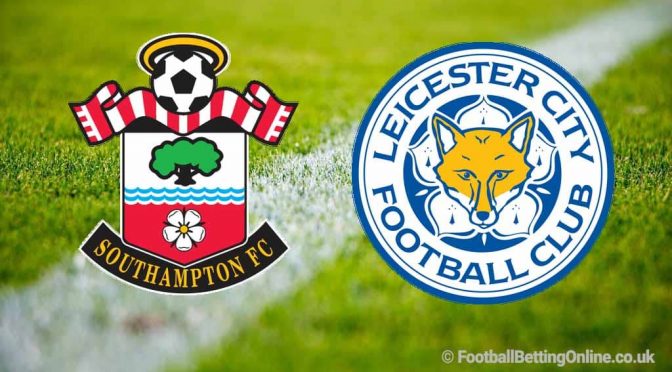 Three losses in a row mean that Southampton aren’t exactly safe yet, while three wins in a row for Leicester City has given them a great chance of nailing down a Champions League place.

Southampton are a team that has a lot of quality throughout, so to see them linger near the drop is unexpected. They’re 9 points off relegation, and they do have a game in hand, but their performances haven’t warranted anything more than where they are.

It’s strange to see this team be where they are as they have players of great ability, and two quality goalscorers up top who haven’t produced it enough in Che Adama and Danny Ings. It’s even surprising to some that Ralph Hassenhüttl is still in a job given where they currently sit, but he did enjoy a good cup run which could have saved his job.

It’s unclear if there will be changes going forward into next season, and there may have to be as the team has underperformed for quite some time now.

Defensively they’re a mess at times and they haven’t learned from a lot of the mistakes that they’ve made, which is hard to understand as they do have talented players, even in central defence. They should be way above their current standards and we haven’t seen what this team can really do with these players as no one has shown what they’re capable of this season.

They’re in bad form at the moment and struggling to find any result, which will be hard to come by here as Leicester are flying at the minute.

The away side should be playing Champions League football next season after a huge 2-1 victory over Crystal Palace last Monday saw them take a step forward in securing 3rd. They’re 4 points clear of Chelsea in 4th, and with only 5 games to go including the trip to St.

Mary’s, they should be comfortable enough. There was a time where it looked as though they could falter and slip up again after a couple of losses, but three victories in a row has put this team in a great place. The reintroduction of Kelechi Iheanacho into the squad has been nothing short of magnificent. The striker has forced his way into the starting eleven after his performances have seen him be their best player over the last month or so, with the striker scoring some hugely important goals.

Along with Jamie Vardy, they compliment each other well and it has worked with the two up top. Leicester have soldiered on remarkably well despite some key injuries in the early part of the season, and even now with their younger players that were showing great promise also picking up injuries.

This team has deserved to be where they sit and they put up a fight in every fixture they enter. They’re capable of beating anyone. They’re a side that has shown their quality all season, despite being down a lot of players and those that have stepped up in their place have been just as good if not better.

We should see a confident Leicester enter into this match ready to take all 3 points, and another win will take them that much closer to securing Champions League football next season.