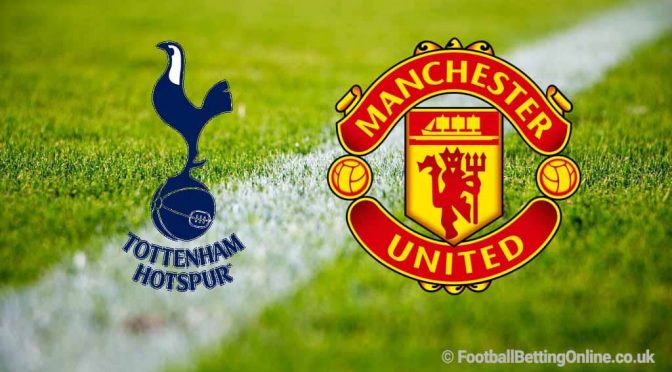 With only 8 games to go in the Premier League, the pressure is on for Spurs to reach a European place, while Manchester United are looking to secure 2nd position in the league.

It was two points lost as Spurs slipped up yet again last weekend, after a late strike from Arsenal loanee Joe Willock earned his Newcastle side a 2-2 draw. It was a game that likely saw the correct outcome with both teams undeserving of all 3 points.

Harry Kane was the man again for Spurs after netting two goals in the first half after Joelinton had opened the scoring for Newcastle. It looked as though all 3 points were heading to Tottenham, but there is always a chance to score against this team who, defensively, aren’t all that impressive. A point clearly wasn’t enough and Jose Mourinho will be frustrated at dropping points to sides that this team should comfortably beat.

Next up is Manchester United at home, and it is now a must win. Only 8 games remain in the Premier League season, and now is the time of the season where you have to get the job done, no matter how ugly you make it. Spurs gave Utd a hiding earlier on in the season, winning 6-2 at Old Trafford, but this one should be a lot closer with the away side enjoying some great form throughout this season. \

Heung-min Son was back out on the pitch for the second half against Newcastle after his injury, but failed to make an impact. He should be free to start here alongside Kane, and at times, these two look to be the only two players that Tottenham have at times. Spurs will be hoping the deadly duo combine here on a few occasions as it normally leads to goals, but defensively they could still be caught out with Man Utd’s attacking talent.

Man Utd are still in with a chance of winning the Europa League, and they’re looking comfortable in 2nd in the EPL, which will be some feat for the side given how everyone thought Ole Gunnar Solskjaer would be one of the first managers to lose his job. He’s enjoying a good season as Man United manager, who have quietly gone about their business, picking up a lot of good results.

Last weekend’s fixture against Brighton showed yet again that when they go 1-0 down, they are capable of turning the game around and getting all 3 points. A 2-1 victory with second half strikes from Marcus Rashford and Mason Greenwood gave Ole’s men just that. Unbeaten in the league since late January, they’ve only been defeated once since then which was in the FA Cup, which I’m sure will be a big blow to the side who could have looked to that competition for silverware.

Their remarkable run in the league and in Europe has seen them earn praise that they deserve, and they now have to continue to build on that. With the reverse fixture being 6-2 earlier in the season, United will want to rectify that and they should feel as though they can get at Tottenham and earn all 3 points here.