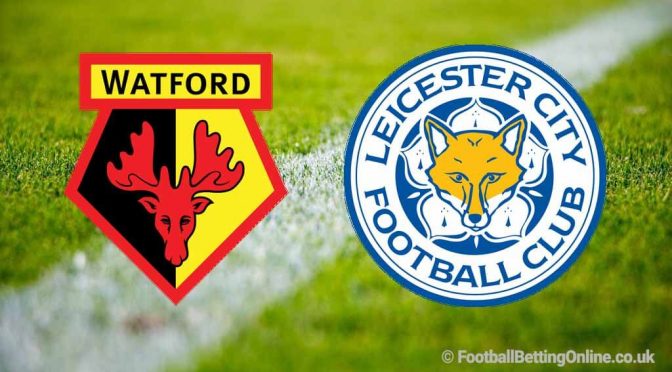 How many times have you seen THAT Troy Deeney goal against Leicester City in the Championship play off semi-finals. If you’re a Leicester fan, the answer is likely to be “far too many” but it wouldn’t be a surprise to see the video doing the rounds ahead of this fixture.

Watford are in need of more Deeney magic in this one, this time to help to preserve their top flight status and prevent the need to go back to Championship football. The appointment of former Foxes boss Nigel Pearson has given them a real shot of doing that.

With the enigmatic Gerard Deulofeu definitely out for the season, much of the weight will be on the broad shoulders of Deeney and new star man Ismaila Sarr as the Hornets look to plunder their way out of trouble once more. Out of all the teams down there, Watford lookthe most likely to pull off the escape, based on form and quality at their disposal.

Leicester arrive in town looking to avenge those painful playoff memories. Not that any of those involved this weekend will have been present that day. Times have changed for the Foxes. A Premier League title and a European adventure later, Leicester are well established as a Premier League force and will look to end another great campaign with a late surge towards secure Champions League football for next season. Ayoze Perez is the only fitness doubt while Ricardo Pereira will definitely miss the remainder of the campaign through injury.

This is one of those fixture that Watford would look towards the 12th man for that extra boost. Despite that not being available to them, Pearson’s side should fancy their chances of getting one over Leicester once more on their home patch, out of fight as much as anything.

I foresee a low scoring affair in this one, despite the return to full fitness of Jamie Vardy during the lockdown period. Leicester easily dispatched of Watford at the King Power in the return fixture. However, enough has changed since then to suggest it will be far from plain sailing in this one. The smart money is on Leicester to come away with all three points but they won’t be expecting an easy ride from a Watford side scrapping for the lives.

If pushed for an answer, my tip would be a score draw with Deeney getting on the scoresheet once again for the hosts.