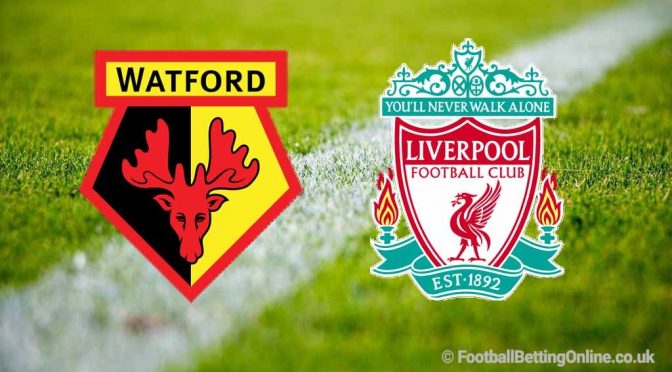 The new manager bounce looks to be officially over at Watford, as does their Premier League revival for now. After starting fairly well at Old Trafford last week, The Hornets crumbled after conceding the first goal and fell to what was, in the end, a limp 3-0 defeat. Worrying signs for a team that had previously shown a great deal of character.

Nigel Pearson’s side are still only one point from safety despite the fact they have only won once since the start of 2020, so all is not lost. Unfortunately for them they face the daunting task of welcoming Champions Elect Liverpool to Vicarage Road in what will be the definition of a free hit for Watford. Anything they can take from this weekend’s game will be a bonus but the likes of Troy Deeney, Gerard Deulofeu and the returning Ismaila Sarr will be hopeful of causing the Reds a few problems.

Liverpool were at threat of losing that unbeaten record in shock fashion at home against West Ham United on Monday. Their rapid recovery and eventual victory saw them move to within four wins of that elusive Premier League title and they will be expecting to tick one of them off with minimal fuss this weekend.

The Reds have an impressive record over Watford in recent weeks and won’t be expecting any hiccups in this one.

The smart money is obviously on a Liverpool win. Mo Salah is a constant thorn in Watford’s side so expect him to score at least one once more. Watford (Deeney in particular) will take heart from how poor The Reds were in defending set pieces against West Ham on Monday so expect them to focus on them as an avenue to attack Liverpool.

The dominant force in English football have shown a few signs of nerves as they approach the unbeaten record so things could get interesting if Watford do manage to score first.