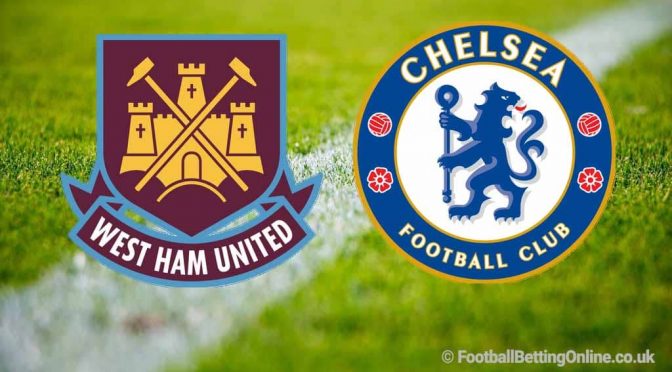 A hugely important fixture takes place near the top of the league with both teams looking to fill a Champions League spot.

West Ham United took their first step backwards in a while after their 3-2 defeat to Newcastle United last weekend, but a result here could right that wrong and set them back on course for Europe.

The team showed some great fighting spirit after going 2-0 down, and with a man set off, but they failed to take anything from the game in the end. It’s no doubt that this one against Chelsea is a vital game, but the Hammers will come into it with a belief that they can get the job done, as they have done for much of the season.

They’re sitting 5th, joint on points with Chelsea, and with only 6 games to go this one is crucial. A result would be huge for West Ham if they do get the win, but on the other end of it, a loss could also mean teams below could go above them and West Ham could fall out of European positions all together with one game.

The team has had a habit of conceding in recent games, but also a habit of scoring, with their last 4 fixtures having a total of 22 goals, with three of those games ending 3-2.

They have to get out of that habit and defend better, because Chelsea will be a team that should create a lot of chances. It’s the business end of the season, and West Ham could be on the verge of achieving something special, but they have to somehow find a result from this one, even though they could be without a couple of key players that have been phenomenal for them.

Chelsea didn’t take full advantage of teams around them having poor results, as they had their own bad result with a 0-0 against Brighton last Tuesday. They still leapfrogged West Ham into 4th position in the league, but they could have been further ahead of their London rivals heading into this one.

Thomas Tuchel has done remarkably well since his introduction in late January, as Chelsea rarely do concede goals, but they haven’t been free flowing in scoring themselves. Here, with how West Ham’s recent results are going, Chelsea are bound to have countless opportunities as they do defend well and West Ham are leaking far too many goals at the moment.

When those moments come, it will be down to whether whoever is chosen up top or whoever is in and around the box can make those chances count, because there are players at Chelsea who are still struggling to find their form. The team has done wonderful to get themselves into this spot, but with only 6 games to go, every game from here on out is vital to pick up not only results, but winning results.

A draw here and there simply won’t do as they have Liverpool right on the heels of both sides here, which means that for both teams, this should be a must win.

It should be a thrilling contest with both sides willing to give it their all in the search for European football, but Chelsea should be made favourites as West Ham defensively need to be better.