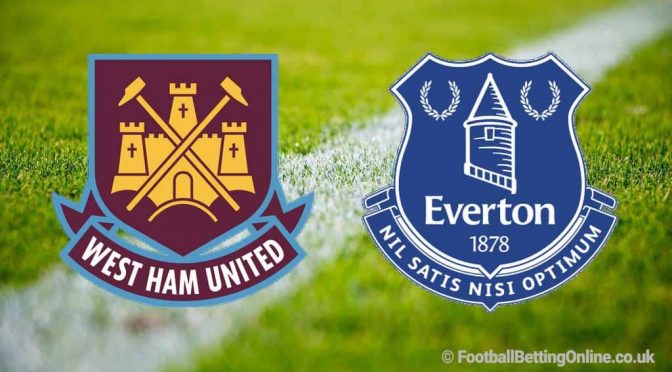 A huge game takes place at the London Stadium with both sides fighting for a European place. The home side came away with a fantastic win last Monday against Burnley, while Everton lost against Aston Villa in a game that they needed to win.

Burnley is a tough place to go to and pick up all 3 points, but that’s exactly what West Ham United have done. It’s a fantastic result in a long list of great results this season for David Moyes’ team and they still sit in 5th, knocking on Chelsea’s door should they slip up.

With only four games left in the league, the Hammers have put themselves in a great spot to end up with a European place, but it’s still going to be tough. With Tottenham and Liverpool sitting just below them in the league, West Ham’s last four games become even more crucial. This one against Everton will be tough as Everton look for a European spot too.

Michail Antonio was a welcomed sight back in the side as he netted twice against Burnley to earn his side the 3 points, and he’ll have to be at it again here. At the other end, West Ham are still conceding goals and that isn’t what you want when you’re coming up against players like Richarlison and Dominic Calvert-Lewin.

The game should feature goals, and West Ham have shown all season that they can grind out results and they’ll have to keep that up for the remainder of these last few games if they are to have European football next season.

A late goal from Aston Villa gave them all 3 points against Everton last weekend, and that is a real set back for the team. They had their opportunities, but it wasn’t to be for Everton who now sit 8th in the league.

While they’re still in the hunt for a European place, they haven’t shown what they’re truly capable of recently as they did in the earlier part of the season. The team received a lot of praise early on, but it’s since gone downhill and now they have to start winning games again if they are to end up with European football next season.

This one is huge as they could give West Ham a set back of their own with a win here, and as Everton have a game in hand over a lot of teams in the league, a win here would go a long way.

It could give the side a lot of confidence, and Europe should be the minimum requirement for Everton who have a team stacked with talent. They haven’t always performed, but when they do perform, they cause any side problems. That will be the case here if Everton perform how we know they can, but it’s all down to the performance of the players on the day.

It’s hard to do it alone up top like Calvert-Lewin has had to do, but the striker is a match winner and he will certainly be a threat against this West Ham defence.

It should be an interesting contest with both sides all out for the 3 points as wins are necessary at this stage of the season.