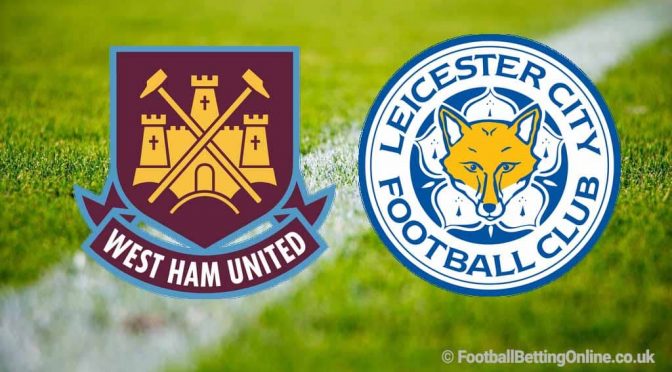 West Ham United leapfrogged Chelsea into 4th after their win against Wolves last weekend, while Leicester City didn’t cause Manchester City any problems and now have West Ham United breathing down their necks.

The Hammers picked up an important 3 points away to Wolves, with Jesse Lingard continuing his form in picking up a goal and an assist. The game ended 3-2 with West Ham hanging on towards the end, and they did just that. The result saw West Ham enter the top 4, which is an outstanding achievement in itself given we’re nearing the end of the season.

David Moyes has seen his team challenge everyone head on and they’ve been fantastic throughout the entire campaign and deserve to be where they are. With only 8 games left to play, there are some huge fixtures coming up for the team, and it starts at home here against Leicester City. One of the few teams above them in the league, West Ham can go 1 point behind Leicester if they pick up all 3 here, which is possible. Both teams aren’t on the greatest of runs in terms of form, which makes this one exciting.

It’s up for grabs, and either side could win it, but these are games that should excite the neutral fan with so much on the line. West Ham have been the team that’s overachieved this season, but when you take a look at their side, they are full of quality. Players like Declan Rice, Tomas Soucek and Michael Antonio have impressed all season, while Lingard has shown his quality since joining in January. Antonio came off injured during the win against Wolves, while Rice is also expected to miss the next few weeks which gives Leicester a huge boost heading into this one.

Leicester City have been without key players throughout their season also, but they look to have at least James Maddison back, who got some minutes in at Manchester City last weekend. City showed their class in that game, nulling Leicester to any clear chances and a 2-0 victory was well deserved. The side must find wins again, as they don’t want the all familiar feeling of falling out of European places like last term.

They’re sitting comfortably in 3rd at the moment, but a defeat to West Ham here could pile a lot of pressure on them as we head into the last few remaining games. A win for The Foxes would see the gap grow larger between 3rd and 4th, and they are a team that with the injuries sustained to West Ham’s key players, they could take full advantage of that.

They do still have players like Harvey Barnes and James Justin missing with injuries, while centre back Soyuncu will also miss the trip due to Covid. The quality is still there with Jamie Vardy impressing again this season, while Iheanacho has shown what he is capable of at times.

James Maddison will be a huge boost to the team as he brings something extra, along with Youri Tielemans, they’ll be the two key players looking to provide the strike force with chances and get an important 3 points.