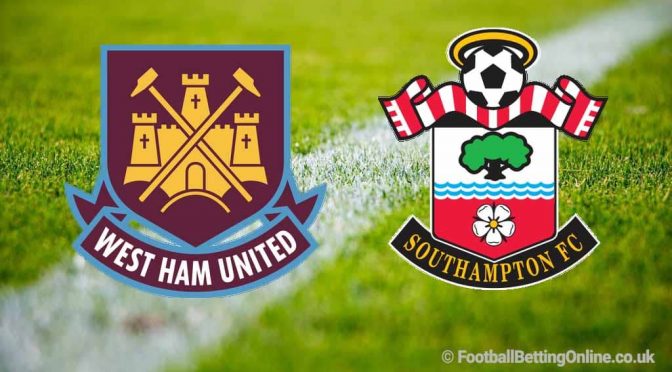 It’s been a shaky end to the season for West Ham United as they have slipped up in recent weeks and that form has seen them move down the table. They still occupy a European place as they sit 6th with a real gritty performance against West Brom last time out that saw them win 3-1 late on.

It’s been a wonderful season for The Hammers and they do deserve to be playing European football next season for what they’ve put into this campaign. With Spurs’ superior goal difference over West Ham, they will need at least a point to guarantee 6th and Europa League football for next season which would be fantastic for the club. It’ll be tough though and each player will have to rise to the occasion as the pressure will be on West Ham to perform and pick up the points here.

It’s something that they’ve lacked in recent weeks, but they’ve also been fortunate that teams like Everton and Tottenham aren’t playing well either. With a lot on the line for West Ham, they should be confident that they can get over the line with the quality they have and with how much Southampton are struggling this season.

Even if they do fail to win or draw here, the team and manager should be proud of their season overall and it’ll be one that is looked back upon fondly.

Southampton likely just can’t wait for the season to be over as they’ve performed poorly throughout. The club hasn’t shown what they’re truly capable of as they sit far below where they should be in the league standings and they should be disappointed in their season overall. The players need to show better quality as they do possess it, but for whatever reason, it hasn’t been there at all.

Back-to-back wins against Crystal Palace and Fulham should have given this team some confidence heading into this one, but the loss to Leeds last time out could help West Ham. The Hammers look a level above Southampton this season and it should be made extremely tough as West Ham are in desperate need of picking up something from this one to guarantee Europa League.

Defensively, only relegated West Brom have conceded more goals than Southampton this season and they’ve been shocking at the back at times. Conceding 9 goals once again this season, along with another few heavy defeats has shown that this club needs a lot of change in the defensive area. The two goalkeepers have been in and out of the team, and neither has impressed nor has the entire backline.

The team needs recruitment in the summer to strengthen that area of the pitch as middle to front, they do have a lot of talented players that just have to show their quality more. The pressure will be on the home side, which could help Southampton as they should be able to play with freedom and be creative which will make the game tougher for West Ham.