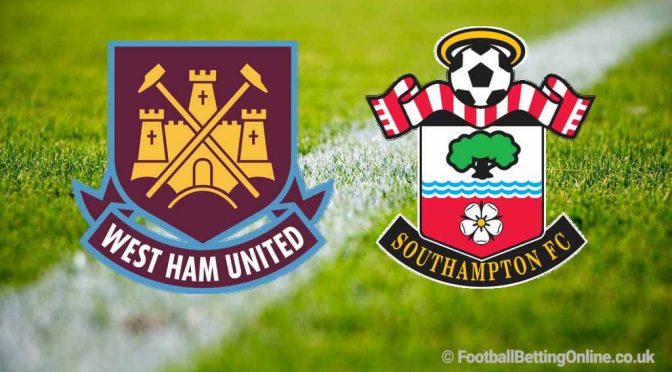 For approximately 14 minutes on Monday night, West Ham United threatened to do what no one else has achieved in over a year: beat Liverpool in the Premier League.

A goal from Pablo Fornals gave the Hammers the biggest of shock leads at Anfield, only for Mo Salah and Sadio Mane to quickly stamp it out and make it a distant memory.

Despite the eventual 3-2 loss, David Moyes and his team will take a lot of positives away from the game and will look to carry that into a crucial home against Southampton.

West Ham are officially in the thick of the relegation dogfight, occupying the dreaded 18th position at this stage. With Aston Villa not in action this weekend, a win would see The Hammers climb above the dotted line at least momentarily. A lot rests on the shoulders of Michail Antonio who is one of the few attacking players performing well for them at the moment.

If you’d said at the end of 2019 that Southampton would be all but safe by late February, you’d think you were deluded. Raplh Hassenhutl has completed a remarkable turnaround at St Mary’s and their latest win over an awful Villa side was a massive boost to their survival chances.

The Saints now sit ten points above their opponents of this week and West Ham will look on them with envy as Hassenhutl’s side know they only need two more wins to confirm their top flight status for next season.

On the form of the two sides, it’s hard to see Southampton not winning this one. As unpredictable as they are, they’re often better away from home. Back Danny Ings to get back on the score sheet too.