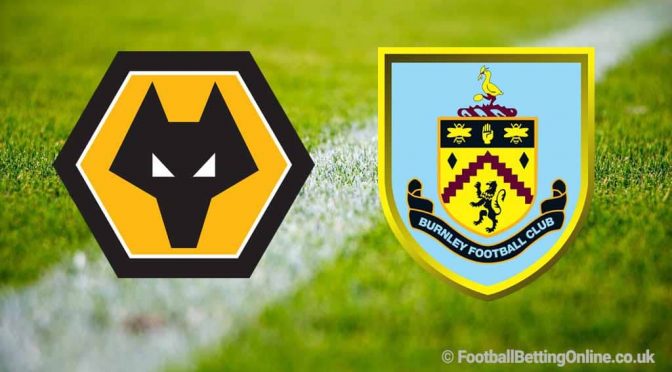 The home side have enjoyed a bit of form in recent matches, while Burnley’s form has put them in danger with no win in their last 3, and they now hover just above the relegation zone.

It’s been a disappointing season if you’re a Wolverhampton Wanderers fan, and they’ll be glad to see the back of this one when it ends. Two 1-0 wins against Fulham and Sheffield United haven’t been convincing enough, although a win is a win at this stage of the season.

Along with the positives of winning games, it has also seen Adama Traore finally score and assist, which is a welcome sight after his struggles this season. All of the players for Wolves have had their struggles though, and it’s a team that has really missed the focal point up top in Raul Jiminez.

They’ve suffered for it, and while bringing in Willian Jose is a good alternative, he doesn’t give you what Jiminez can offer and they’re missing him terribly this season. Beyond that, they’ve looked like a completely different side from the one we saw play so brilliantly last season, and it’s hard to fully understand why. While the injury to their main player hasn’t helped in the slightest, there are other issues at the club that need to be addressed and players may need to be moved on in the off season for this team.

It’s been strange as just last season they looked like a force to be reckoned with at times, and even got to the latter stages of the Europa League, but this season they’ve fallen way down the pecking order and this one could prove tough for Wolves.

Burnley have put themselves in a tough spot with 3 losses in a row in the league, and at this stage, it could be critical. They aren’t exactly teetering on the brink of relegation, but it possibly could be heading that way should things continue as they have been.

It’s another season where they’re looking to survive in the Premier League, and if they do, it’ll be seen as a success of a season. They’re struggled a lot this campaign as they only have players that fit a certain type and style of football that definitely isn’t eye-catching. It’s route one football, and the players they do have, it has worked for them so far, but it isn’t at the moment.

It’s worrying for Burnley who sit just 6 points off relegation, albeit with a game in hand, but they have to start putting wins together if they are to guarantee safety.

Sean Dyche has done ever so well for years as Burnley manager to keep his side in this league time and time again, despite the constant pressure and threat of relegation that almost seems to hang around them.

This game here is important and it should be one that Burnley will be up for as Wolves haven’t offered much this season and Burnley should come out desperate for all 3 points.

There’s a vital last few games of the season for Burnley, with each one having to be played as though it’s a cup final and they have to start picking up points, starting here.