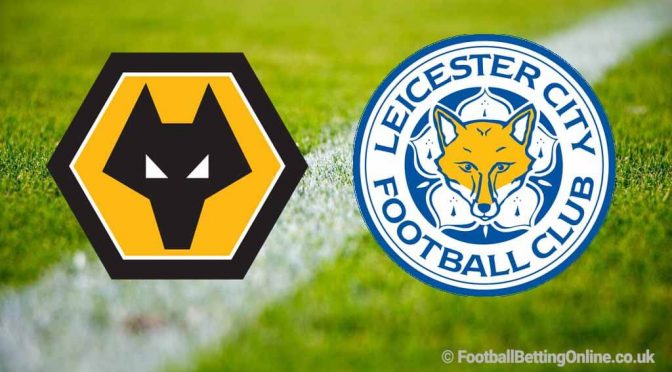 The weekend kicks off with a mouthwatering contest between two of the exciting teams that are hopeful of breaking up the famous ”big six”. Leicester City are a step ahead of Wolves in that regard but it’s arguably the home side that will go into this one as favourites.

It’s a mark of how far that they have come that Nino Esposito Santo’s team will probably have come away from their battle with Manchester United at Old Trafford on the last match day disappointed with a 0-0 draw. Luke Shaw coped better than most when faced with the Adama Traore year, one that very few full backs have passed this season. It will be interesting to see how Ben Chilwell fairs when faced with the test this week, providing the winger is passed fit, of course.

This matchup sees two of the league’s top hit men face off in Raul Jimenez and Jamie Vardy. The former continues to impress and will have turned many heads of the supposedly bigger clubs. The latter, however, is enduring a mini drought by his lofty standards having failed to find the net since the turn of the year (December the 21st to be exact) a run which has coincided with The Foxes falling away from an unlikely title challenge.

Leicester still look nailed on for a top four finish following a crucial draw with rivals Chelsea last time out. Although they continue to impress in attack, they’ve struggled when it’s come to keeping the ball out of their own net. Following a solid start built around the form of the highly rated Caglar Soyuncu, Leicester’s defence has faltered and has only kept one clean sheet since the 4th of December, last shutting out the opposition on New Year’s Day.

This game has all the hallmarks of a thriller and should be a great watch, especially as a neutral. Chilwell is struggling for form lately so a good performance and a goal from Traore wouldn’t come as a surprise. A home win with both teams to score is a tip that we like the look of.