In the search for reinforcements, Manchester United arrived in China on the final day of the transfer window. Odion Ighalo has been taken over from Shanghai Shenhua on a rental basis. According to Eidur Gudjohnsen and Jimmy Floyd Hasselbainkhis his arrival tells a lot about the status of the current number seven in the EPL. According to Gudjohnsen, United is no longer able to get the best players to Old Trafford.

Due to Marcus Rashford’s back injury, manager Ole Gunnar Solskjaer was looking for an extra striker. Erling Haaland was in the picture, but he preferred Borussia Dortmund. Bournemouth striker Joshua King was also mentioned. In the end, Ighalo was chosen. “I don’t think the best strikers are waiting for a transfer to United,” Gudjohnsen responds at Sky Sports.

According to Hasselbaink, Ighalo was not even among the first three names on United’s list. “He left Europe for China and had not been in the picture for more than two years since leaving Watford. And then suddenly a transfer to United. Wow, that never happens, “said the former Dutch International. “It indicates how far United has fallen behind Liverpool, Manchester City and even Chelsea. I don’t think he was their first choice. It would surprise me if he was on the list second or third. ”

Hasselbaink does not understand that United has sold Romelu Lukaku to Internazionale and let Alexis Sánchez go to Milan on a rental basis. “They had known for a long time that they needed a new striker. I don’t know how much money is available, but it’s Manchester United. If you need goals, why don’t you buy Danny Ings? Or Raúl Jiménez from Wolverhampton Wanderers? 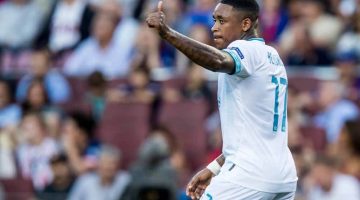 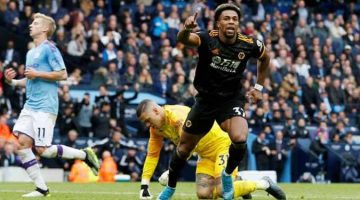