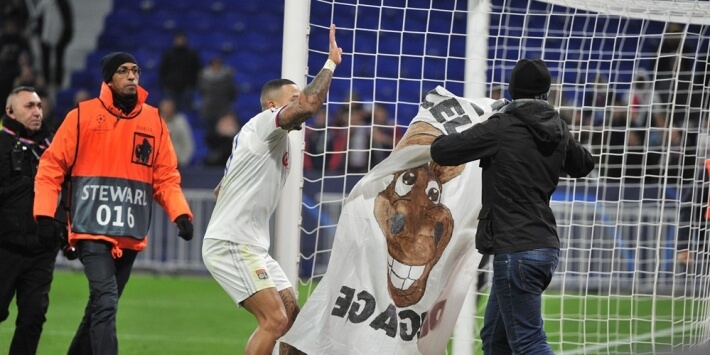 After the Champions League match of Olympique Lyon against RB Leipzig, it was pretty restless on and around the pitch in Lyon. Now the story is far from over. Memphis Depay had an encounter with a fan after the fan showed a banner on which he expressed his dissatisfaction with Lyon defender Marcelo. UEFA has launched an investigation into the actions surrounding this incident.

Olympique Lyon had qualified by a 2-2 tie for the next round. The mood was anything but festive afterwards. Lyon striker Memphis Depay argued with a supporter and pulled the fan’s banner out of his hands. The UEFA Disciplinary Committee is now looking at the fight that subsequently arose on the field.

According to UEFA, there is not enough protection on and around the pitch. Supporters should not just be able to enter the field. The case will be dealt with on 27 February. By that time, it is also being considered whether Olympique Lyon should be punished for the behavior of their fans by throwing objects on the pitch and using laser pens during the match against RB Leipzig.